If all goes according to plan, I should be moving house in just under a fortnight - albeit only about a mile. Nevertheless, it's necessitating quite a bit of going through stuff and deciding what's worth keeping, and what not so much.

One folder contained all my rejection slips from the early nineties, before my first book was accepted. I've always been a bit bemused at people's surprise that Harry Potter was rejected by numerous publishers, because that's most authors' experience, and, as the folder reminded me, it was certainly mine. I'd forgotten I'd kept them, but I suppose it was so that I could comfort my former self, in an 'It gets better' spirit, or perhaps gloat over that same self's suffering (which sounds counter-intuitive, but is not out of character).

That was definitely the reason I hung on to the last software manual I wrote while working as a technical author for McDonnell Douglas in Cambridge, from '89-90. It's for a program that allows you to specify where and how to reinforce concrete, should you happen to be building a reinforced concrete monstrosity. Still, I think that it's served its purpose now. I'm beyond gloating about no longer doing that work, and am ready to consign it to the recycling - but not before I take its photo for old times' sake. 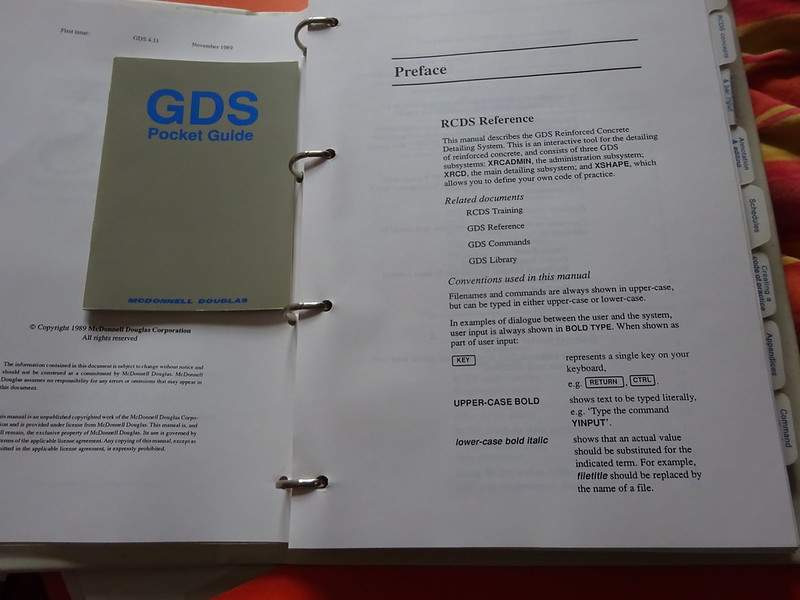