This is not a new phenomenon. Witness my great-great-great-grandfather, Weeden Butler the second, whose most distinguished appearance in this journal thus far has been as the "translator" (but actually author) of Zimao the African (1800), a two-in-one abolitionist fiction and pamphlet, with a dedication aimed at persuading a royal mistress to engage her lover's sympathies for the cause. 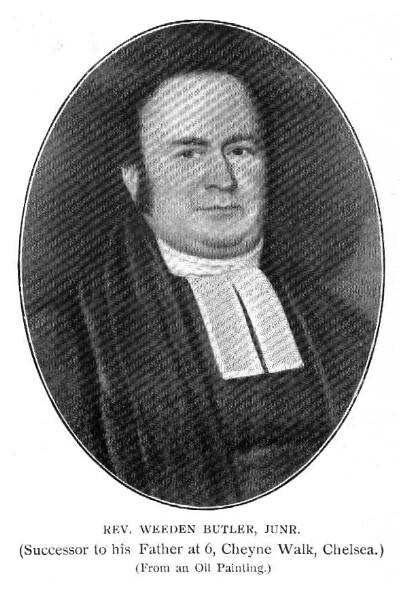 I own Zimao only in a modern reprint, but have just bought an autograph letter, albeit on a much more trivial matter. To be honest, the triviality is what makes it precious to me. In July 1821, Weeden, having submitted a piece to John Nichols, editor of the Gentleman's Magazine, was, like all authors, anxious for an answer, and decided that Nichols needed prompting. In those days of course there was no post as we have it today, so he sent a servant round to the magazine's office, and told him to wait for an answer. What modern author has not wished to be able to do this? 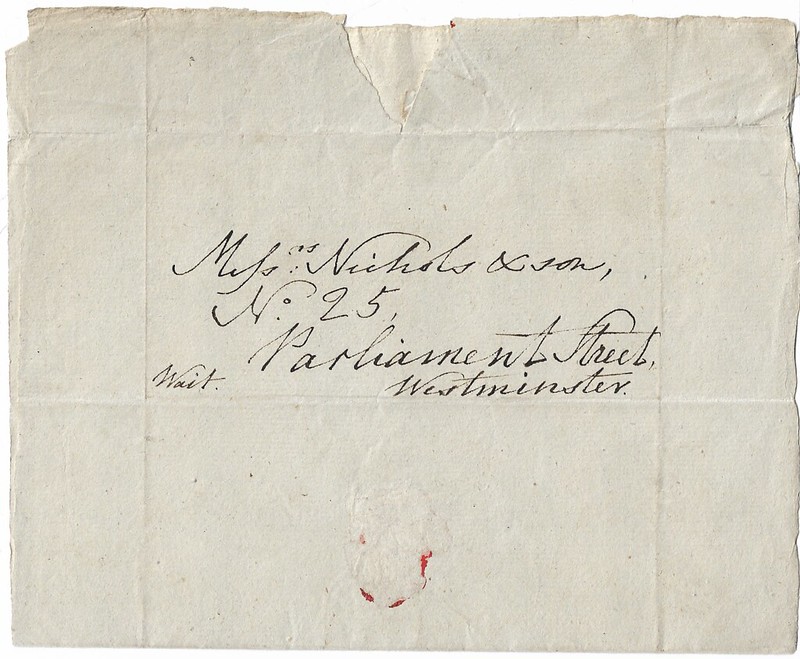 Here are the contents of the letter: 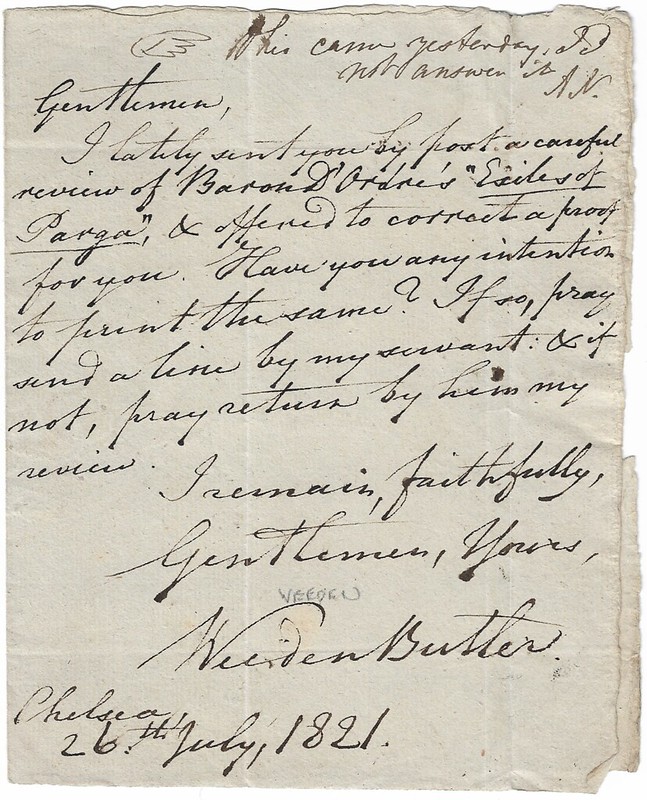 Gentlemen, | I lately sent you by post a careful review of Baron D'Ordre's “Exiles of Parga,” & offered to correct a proof for you. Have you any intention to print the same? If so, pray send a line by my servant: & if not, pray return by him my review.

The letter is civil, but as one who has composed many such letters (mostly only in my head, thank God) I hear too shrilly its note of querulous impotence. I think it's fair to say that the Gentleman's Magazine was not intimidated by the threat to withdraw the review. At the top of the page one 'A N.', presumably a staffer, has added the annotation: 'This came yesterday, did not answer it.'

Nevertheless, we have a happy ending, for the review was published the following month: 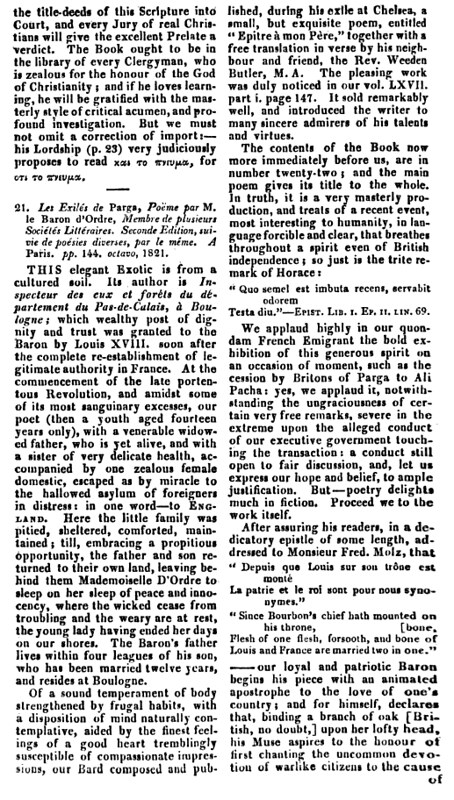 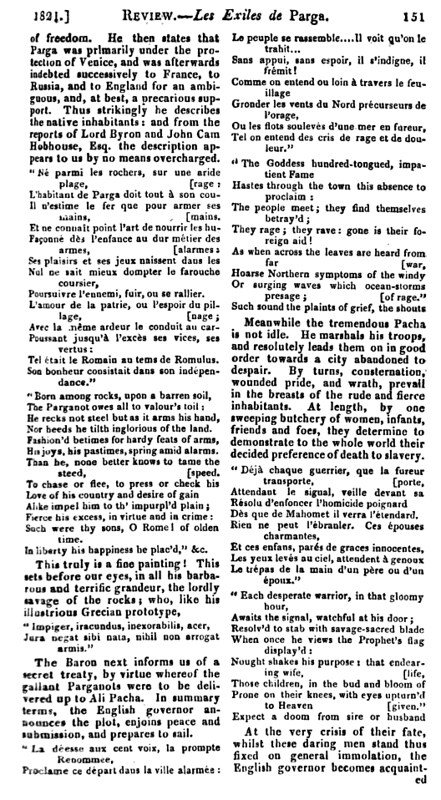 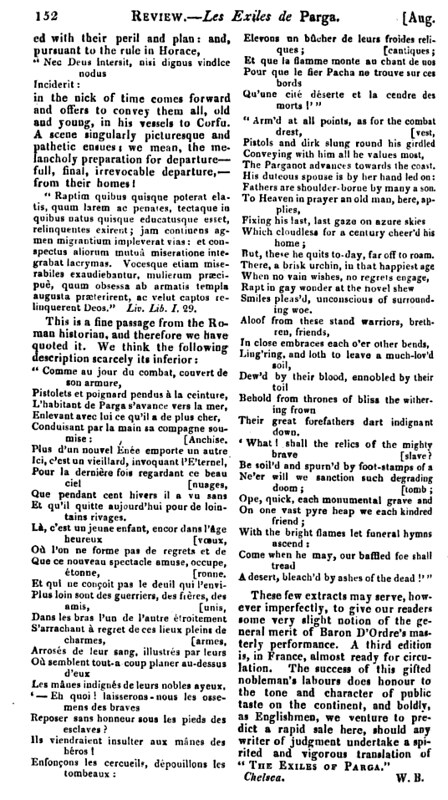 As the review admits, albeit under a thin disguise of anonymity, the author of "The Exiles of Parga" was in fact a personal friend of the reviewer, which may explain something of Weeden's urgency.

Was it worth the fuss? I think so, if only for the following passage:

We applaud highly in our quondam French Emigrant the bold exhibition of this generous spirit in an occasion of moment, such as the cession by Britons of Parga to Ali Pacha: yes, we applaud it, notwithstanding the ungraciousness of certain very free remarks, severe in the extreme upon the alleged conduct of our executive government touching the transaction: a conduct still open to fair discussion, and, let us express our hope and belief, to ample justification. But--poetry delights much in fiction.

In case your Balkan history escapes you, Parga, long a Venetian possession, then held by Napoleon, had in 1815 come under British "protection" only to be sold four years later to Ali Pasha and the Ottoman Empire, where it remained until 1913. I suspect Weeden of a degree of irony here, and also in this parenthesis:

Our loyal and patriotic Baron begins his piece with an apostrophe to the love of one's country: and for himself, declares that, binding a branch of oak (British, no doubt,) upon her lofty head, his Muse aspires to the honour of first chanting the uncommon devotion of warlike citizens to the cause of freedom.

But that may be wishful thinking on my part. In any case, I can't say that the review has inspired me to read "The Exiles of Parga." And that, I feel, is as it should be. I'm going to have the letter framed and hang it in my study, as a kind of vanitas vanitatum reminder that very few of these anxious-making matters really make much difference in the end.
Collapse