Here's a strange coincidence, probably of less interest to you than to me. Exactly a year ago, on 12 May 2019, I posted my last entry on my last trip to Japan. It included an account of a visit with my friend Hiroko to the Kameido Tenjin shrine in Tokyo, primarily to see the wisteria trellises, which had happened a few days earlier.

I've just been reading the letters of Mrs Hugh Fraser (Mary Crawford Fraser), collected in her A Diplomatist's Wife in Japan. On 12 May 1889, soon after her arrival, she wrote about a visit a few days earlier to Kameido Tenjin shrine, to see the wisteria with her female friend. 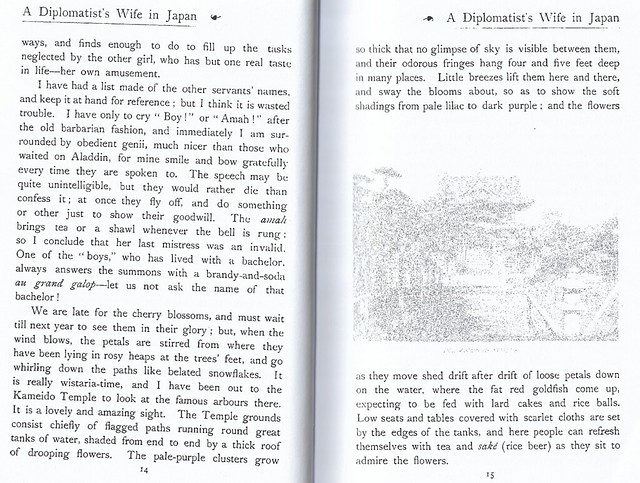 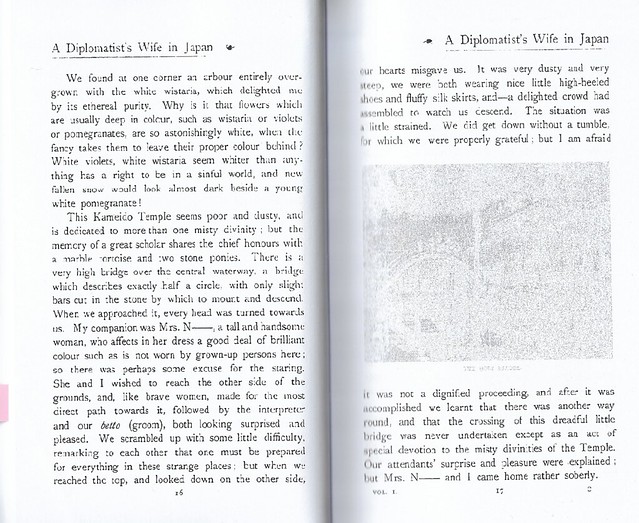 Her letter and my post were written 130 years apart, to the day.

That, along with the fact that I happened to read her letter pretty much exactly a year later, is quite striking - but perhaps I shouldn't be too amazed. Kameido Tenjin is a moderately famous place, which any foreigner might end up visiting - and if they were going to go, it's likely it would be at the height of the wisteria season, that being one of its major attractions. But I'm also struck by how little it's changed (though I have no memory of the bridge she describes). I felt quite in tune with her reaction, too. Of all the foreign writers about Meiji Japan I've read so far (and I'm assembling quite a collection), I feel most in sympathy with Fraser. Although, that may just be a function of the fact that she's a better writer than most.
Collapse