I went walking up on Purdown again yesterday, for the first time in over a week. What a difference 10 days make! Here are two photos of the same horse chestnut, one taken on 15th April, the other on the 25th. Such is the power of Spring (cue Stravinsky): 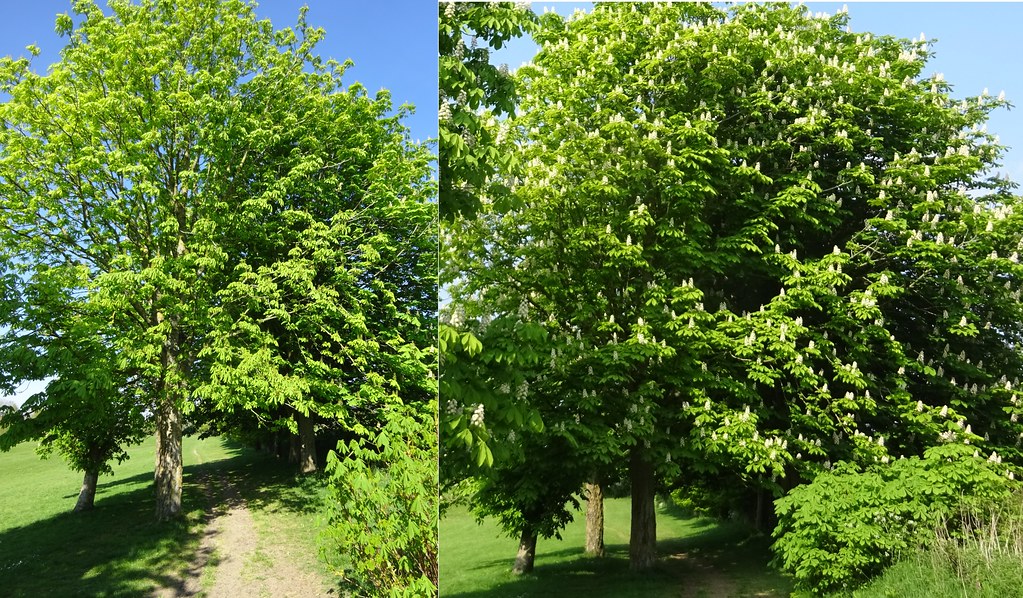 Also, the May is very much out, so cast clouts at will. 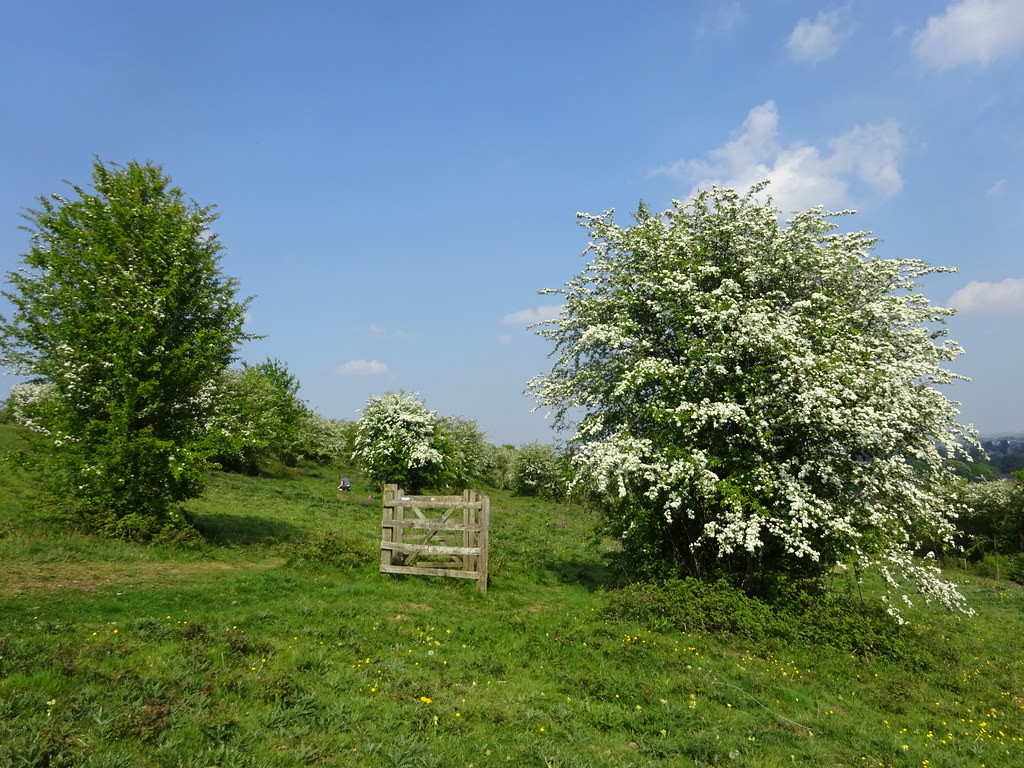 If you look carefully at the photo above you will spy the crouching form of an amateur entomologist. I was able to identify her as such from the way she tap-tap-tapped at the branches of the hawthorn while holding an inverted white umbrella beneath it. This is characteristic entomologist behaviour and distinguishes them from outwardly similar species such as mycologists and botanists. She told me she was counting insects for the City Nature Challenge, which was kind of cool in a Hemulinish sort of way.
Collapse