I hear that Ireland has introduced a 2Km limit on how far one can go to take a Covid constitutional. I imagine most people have some bit of countryside or park within that kind of radius, though a substantial number won't. Bristol is well served, with many large parks and surprising fingers of countryside that reach deep into the folds of the city. Here is Purdown the other day, for example, a 10-minute walk from my house, albeit up a suitably cardiovascular hill: 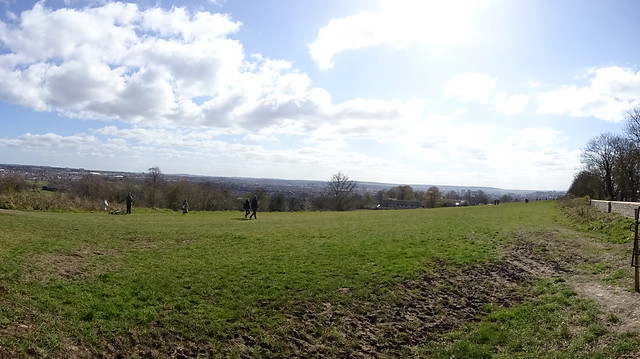 My work rate seems to be slowing exponentially, even as the casualty count increases (or "ramps up," as Boris Johnson would no doubt say, with a fist pump). The advantage is that I still have plenty to keep me occupied, at least. But I do get distracted, whether it be by watching poor blind Jessie wandering about the room and bumping into things randomly like a furry Roomba (I'd love to get her a guide puppy, but fear it would not be a long-term solution), or the realisation that I should really be packing for Kyoto. As a way of cheering myself up about the latter, yesterday I constructed my very own Fushimi Inari Taisha: 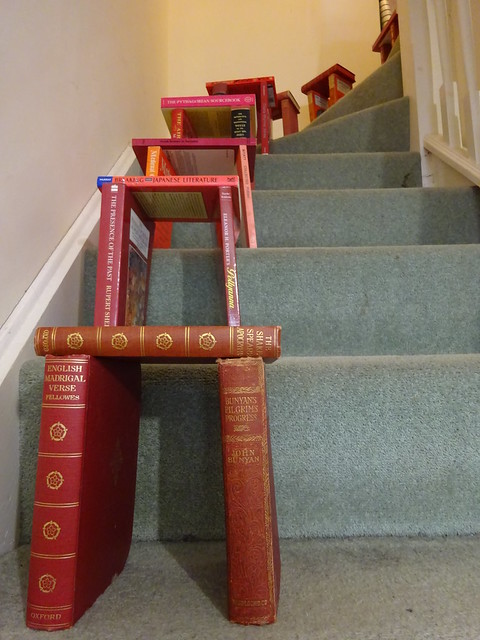 I considered putting Jessie in a red bib like one of the shrine's protective kitsune, but refrained. Some things are better left to the imagination.
Collapse