I still have a few masks that I brought back from Japan in 2016 as a souvenir. I bought a few more last month, thinking that if I, my daughter and her boyfriend were in Kyoto then it would makes sense to have some - not so much for protection as because three obvious foreigners not wearing them might draw glares in this febrile time, especially on public transport. Of course, that's not going to happen now.

I wouldn't say I have a stockpile of masks. In fact, I have exactly 15.

In the UK, the scientific authorities have been pretty unanimous that masks offer no protection and may even become a vector for disease. But it's becoming increasingly clear that, compared to some other countries, the methods adopted in the UK have been ineffective. The government has been disastrously at fault in its lack of pandemic preparation, its slowness to react when it finally arrived (especially in terms of testing, medical equipment and protective clothing), its initial "herd immunity" approach, which was not only nigh-on homicidal in itself but wasted vital time, and its overall mixed messaging.

By contrast, the countries where the curve has been kept low (mostly in east Asia) are all mask-wearing countries. Correlation is not causation, of course, but they're clearly doing something right, and the wearing of masks is one of the few measures that people are in a position to adopt individually. I see increasing numbers of people wearing them round here - or makeshift bandana arrangements, at least. A few weeks ago I had never - well, hardly ever - seen a white person in a face mask. Now, I don't look twice.

I'm considering joining their number, at least for those occasional supermarket runs, which seem like the most vulnerable of times these days.

What are you doing on the mask front? 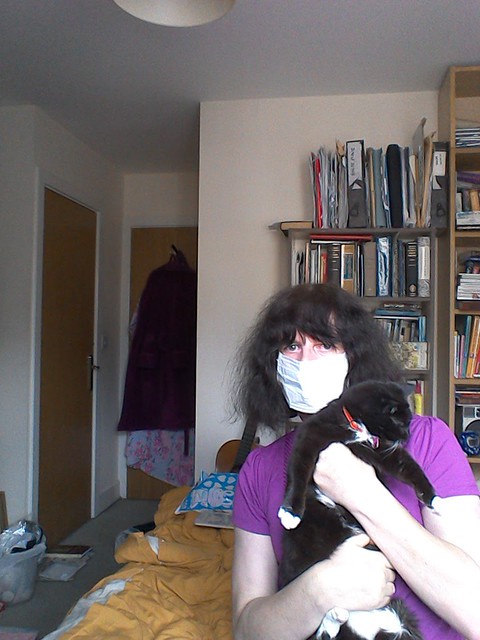 Wearing a mask for lols in 2016
Collapse