Where have I been, you ask? Well yesterday morning I was standing in the rain with 20,000 other people, trying to catch a glimpse of Greta Thunberg, who was visiting Bristol. We were both too short for direct eye contact to be possible (I'm sure she was disappointed too), but I did hear a few words over the tannoy - luckily saying things I'd heard her say before, so I was well able to fill in the blanks. My camera, held aloft, was able to take in these shots - unsatisfactory from a photography point of view, but pretty representative of what I could see: 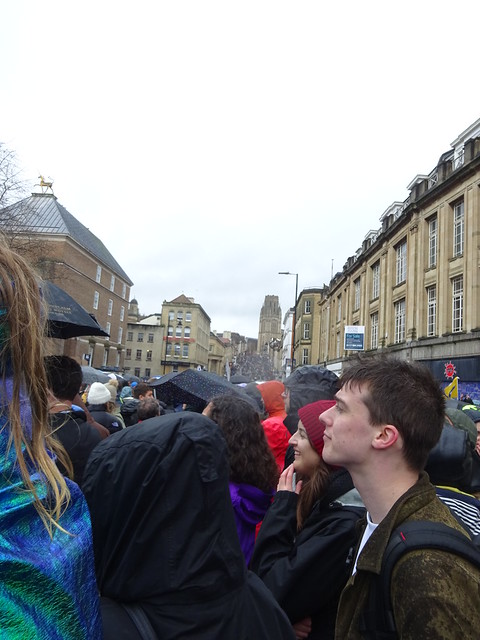 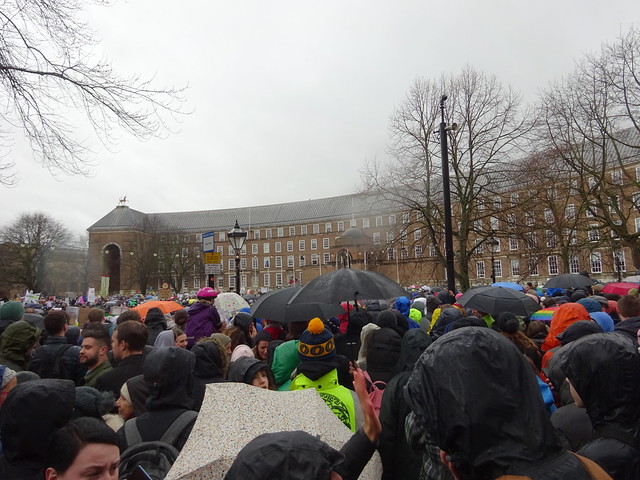 I tried to get a glimpse later, during the march round the (otherwise eerily traffic-free) city centre, but the queen had many marching in her coats, and that trademark yellow sou'wester was to be found on multiple backs. 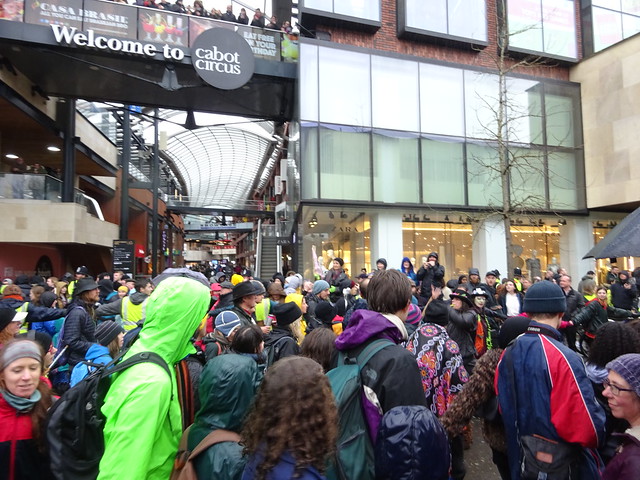 Afterwards College Green was reduced to mud, which many people antagonistic to GT suggested entirely knocked the bottom out of the thesis that there was a climate crisis, but happily a fund-raiser to restore the turf was started just as quickly, and has already raised almost £6,000. Now, let's crowdfund Planet Earth!

Two days ago I was in Oxford, where I saw an external PhD student at Brookes, then went to the Other Place to hear Maria Cecire talk about her new book, which has a notable intersection with Four British Fantasists. Her old supervisor, Carolyne Larrington, then took me, her and Neil Philip (whom it was very nice to meet again after a 12-year gap) to St John's SCR - the kind of place where tea, sandwiches and cake (I had a rhubarb slice, being a sucker for tart-sweet combos) magically precipitate themselves gratis at four every afternoon for the consumption of the fellows. Not quite Pullman's chafing dishes and poppy heads, but definitely tending in that direction. I prefer rhubarb to opium, anyway.

On Sunday, I took a walk round Eastville Park boating lake with my daughter and her boyfriend, neither of whom were aware of its existence, despite its being only a twenty-minute walk from our house. I only discovered it myself a couple of years ago - it's rather well hidden despite its size, in a fold of the park that makes it invisible from almost anywhere. But Bristol is scattered with such places - it's a slow-release city that keeps you full for longer. (Cf. Bath, with its empty calories.)

And then, on Saturday, I went with Ayako and Moe to Gloucester Cathedral (my first trip, absurdly), to look at the Harry Potter cloisters, now washed clean of messages about the Chamber of Secrets being open, but still of considerable interest as the birthplace of fan-vaulting. 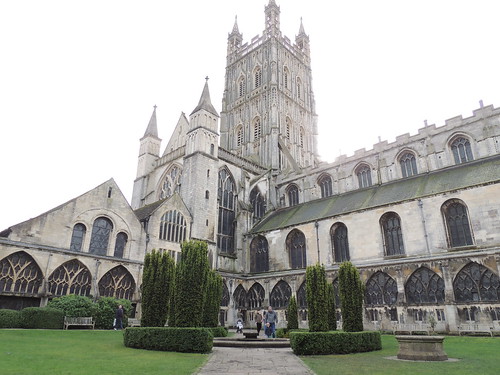 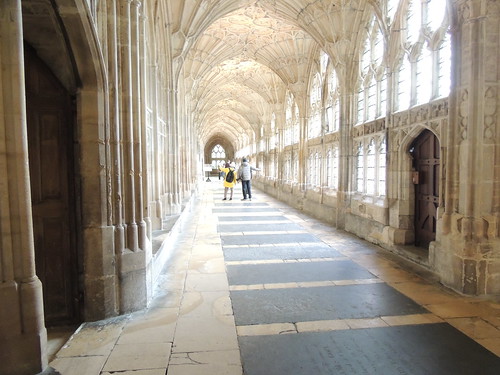 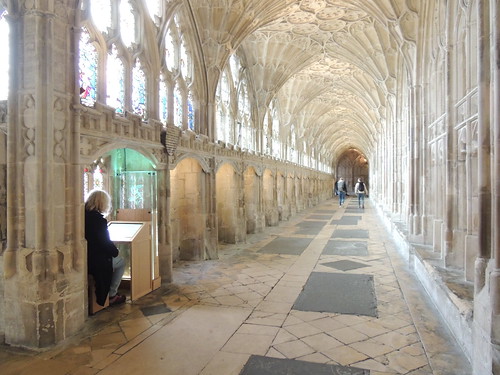 And that was my week in review. Today, Brighton and my brother's birthday celebrations!
Collapse