Tomorrow will be Storm Ciara, but today my daughter, her boyfriend and I took a very pleasant walk in Leigh Woods. It affords a different view of the ever-photogenic Clifton Suspension Bridge from that which has occasionally graced this journal. 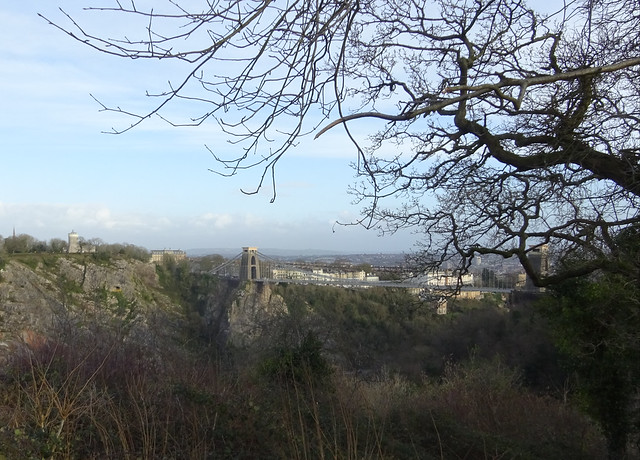 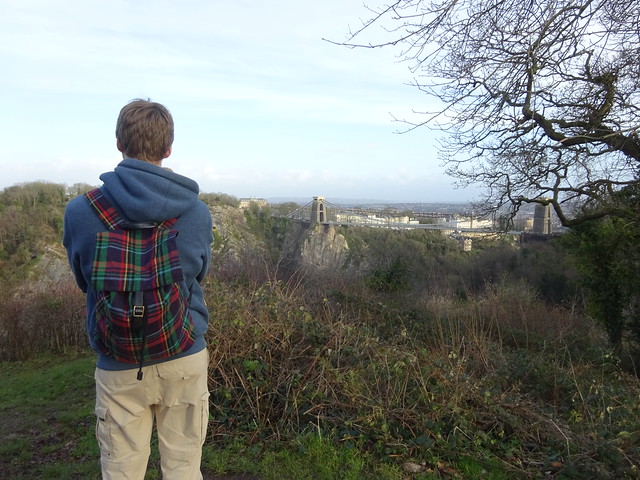 Meanwhile, my desultory quest (if a quest can be desultory) to find Welsh-Japanese connections has thrown up this rare sighting of The Mabinogion on the anime Love, Chunibyo and Other Delusions. 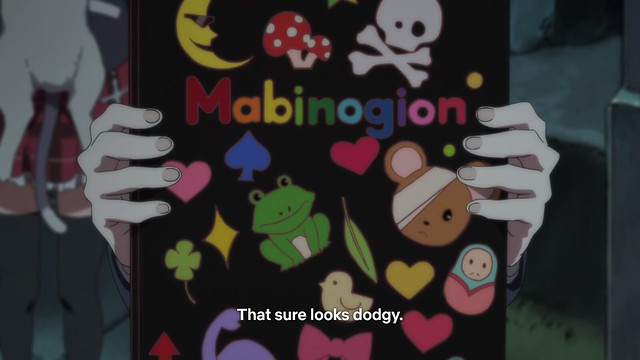 If you're wondering about the connection between that cover and the legends of Rhiannon, Bran, Pryderi and pals, I have to report that there is none. But that's sort of the point of this rather charming show. They didn't even try to translate 'chunibyo,' I notice, but the word literally means "illness of the second year of middle school" and refers to tendency of some people at that age to become absorbed in fantasies in which they have special powers, etc. By the time they graduate they have usually been persuaded to participate in the approved fantasies of adult society - but are they are happier for it? Find out on Netflix, at least for a while.

Finally, my friend Haruka, who has been duly applying at half-yearly intervals since at least 2017 for a UK working visa (a few winners are chosen by lot every six months) has finally had her name pulled from the hat, so will be coming here for two years - which I feel almost as happy about as she does.
Collapse