In honour of the rugby World Cup, Cardiff is full of trilingual posters, indicative of gutsy determination: 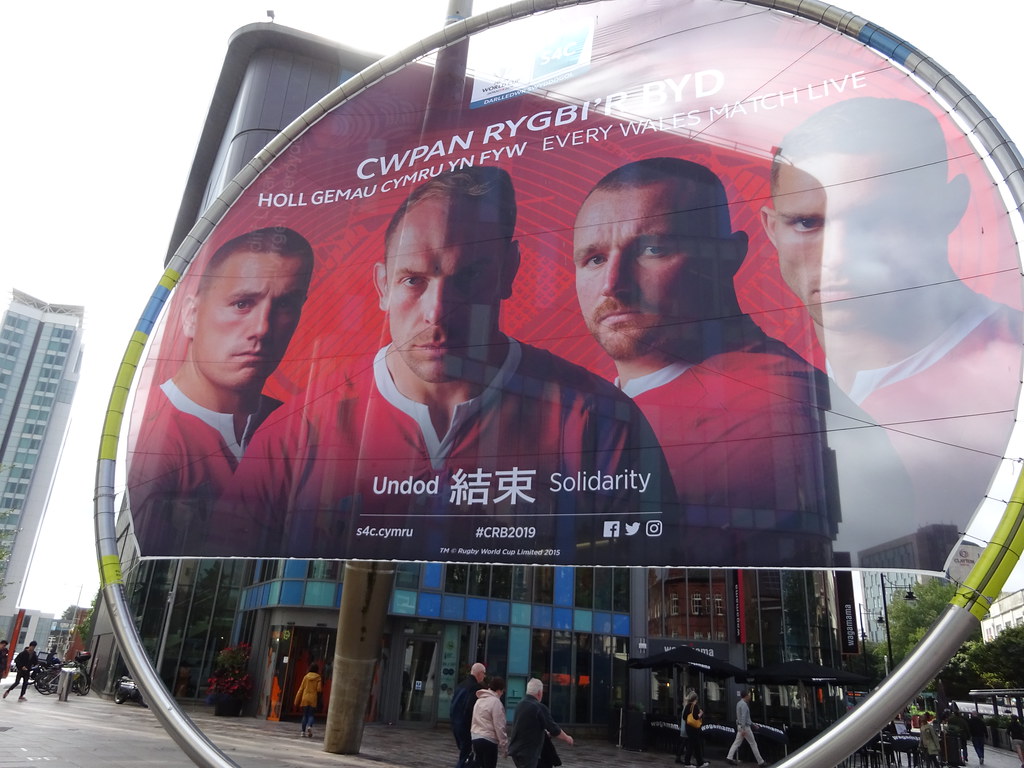 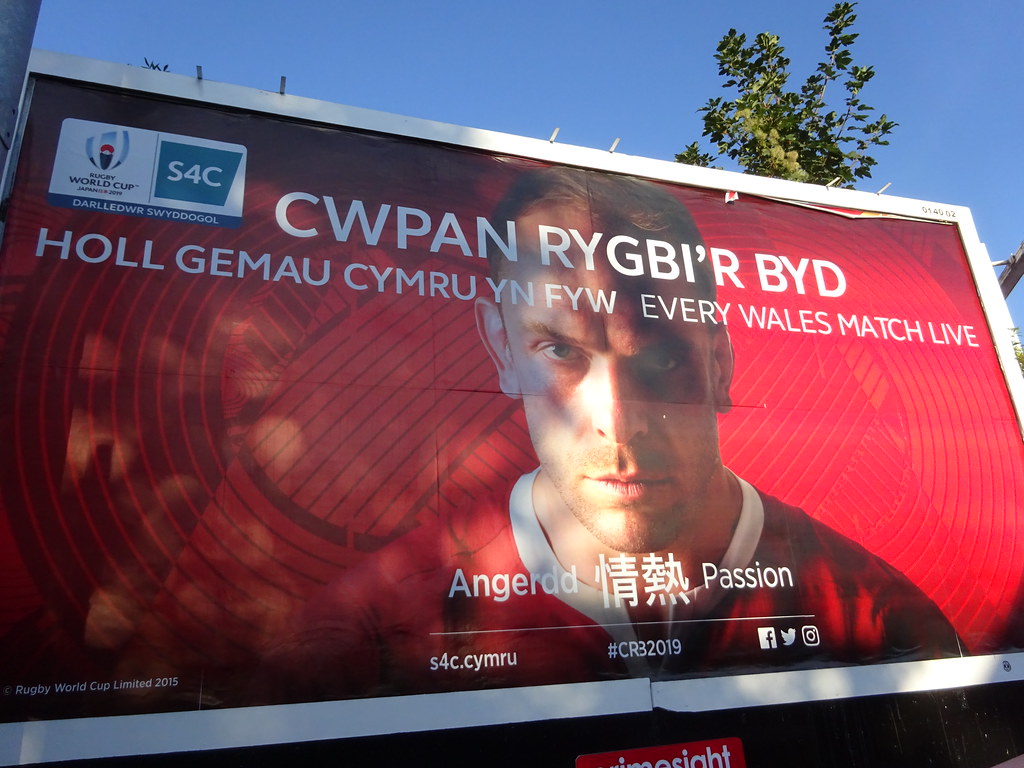 This piecemeal Welsh-Japanese-English lexicon of sporting inspiration is of great interest to me, you may be sure. For one thing, it's got me wondering about similarities (if any) between Welsh and Japanese. Of course, I'm slightly hamstrung in this respect due to my almost total ignorance of Welsh - albeit I was pleased to find myself reading and understanding "Y Hen Gorsaf" in Aberystwyth in August without needing to think about it. There's the vague similarity between yma ("here" in Welsh) and ima/今 ("now" - its temporal equivalent - in Japanese), but that's the kind of coincidence one might expect to be thrown up in comparing any two random languages.

Then I thought - front mutation! That's something both languages do quite a lot. For example, the Welsh word for "bridge", "pont," mutates to "bont" when there's something in front of it, as in Dôl-y-bont. Similarly, in Japanese the word for "bridge" is "hashi" (橋), but again this front-mutates to a "bashi," as in "Nihonbashi." You get many other similar mutations, typically from unvoiced to voiced consonants: sa-->za, ka-->ga, etc. English, although it dabbles in medial mutations (e.g. "leaf"-->"leaves"), as far as I know doesn't do front mutations at all.