I've been living on my own (cat excepted) for about two weeks, now, even since my daughter moved into student halls. I've done it before, of course, when she did her apprenticeship in Brighton for 18 months or so, but this feels rather more permanent, even if the halls in question are only 30 minutes' walk away. And this time, of course, I don't have my mother to go and visit.

I think it's an adjustment that will take time, and be managed on multiple fronts, but one thing I want to do is put a bit more effort into a meatspace friendships (actually, does anyone say 'meatspace' any more? If not, why not?).

It's not that I don't see people now, though. I did a mental audit of my social contacts in the last, pre-semester week, and found quite a full calendar, with a distinct international flavour: dinner with a Welsh-Iranian couple; taking watercress soup to my Myanmar neighbour; having lunch with a Kazakh witch in the Cotswolds; buying a Bosnian academic coffee in Montpelier; two private Japanese lessons (little Sumi-chan has learned to crawl!); and on Monday I'll be visiting a Chinese friend in Newport. Actually, I'm struggling to think of many British people I've spent time with apart from my daughter, and even she has a French passport.

Anyway, all this cosmopolitan busyness could be a very healthy sign, or a frantic distraction from underlying loneliness, or a bit of both, as I suspect is the case. Meanwhile, I flip-flop between the following two views from my daughter's tenth-floor room: 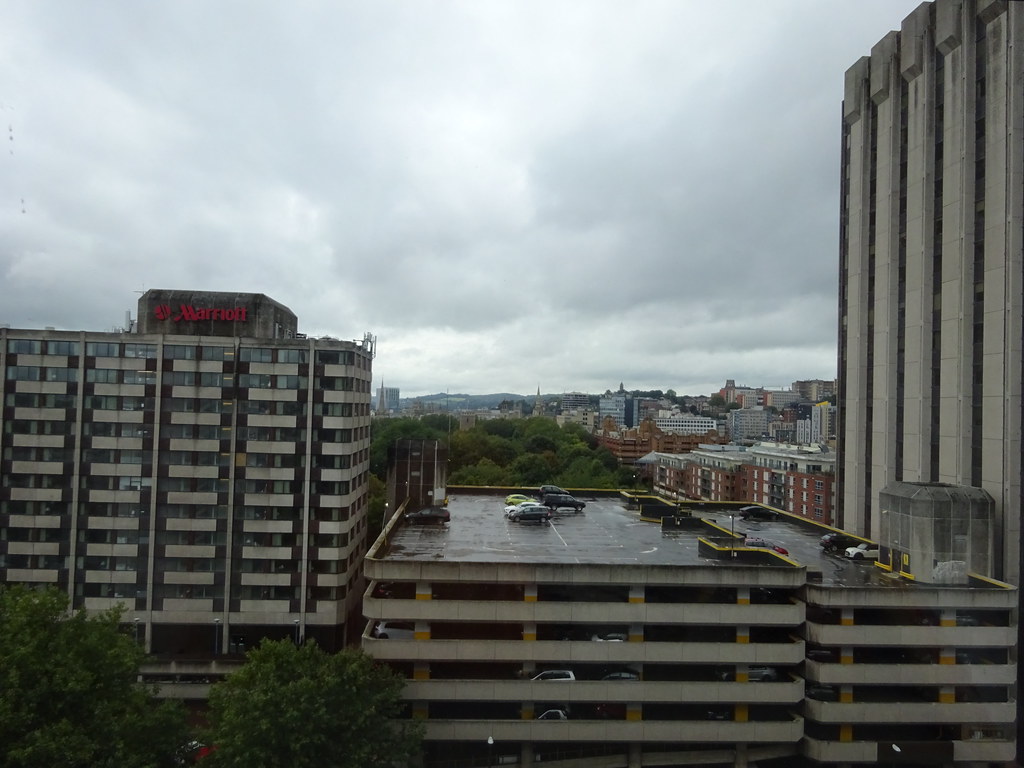 The second is of course the uncropped version of the first, and might in that sense be said to be more honest, but I like to think the first conveys a greater spiritual truth about the nature of inner-city Bristol.
Collapse