Well, I've written numerous insightful posts on the ongoing Brexit/constitutional crisis in the UK, only to have each of them upturned by events and all the wisdom spilt on the carpet. Not that I'm complaining. Even without tariffs, there's not enough popcorn on this island for all the entertainment it's providing. It's like a murmuration of a million chickens, all coming home to roost at once. If only people's lives weren't at stake too - but sadly this entertainment is not harmless.

Civil War comparisons are inevitable and apt, and my friend Diane Purkiss (none better qualified) was on the radio this week making them. The matter isn't straightforward, though: the basic pattern of Parliament vs. overweening Executive lines up well - but the stereotypes are askew, for now it is the government side that is made up of dour, insular fanatics, and the Parliamentarians who tend to see Britain as part of a network of continental alliances.

Meanwhile, I spent last week going full Geraldus Cambrensis. I began with lunch at my friend Marie's new house on the west bank of the Severn in the Forest of Dean - that strange bit of England that always feels like it should be in Wales. 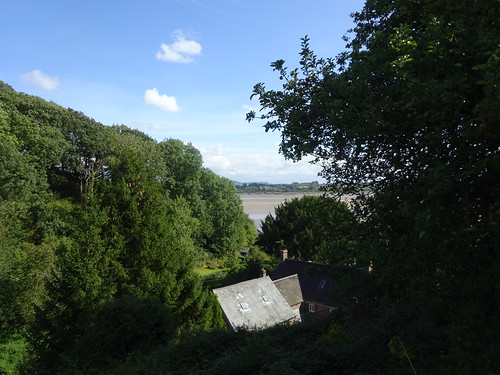 She only moved in a couple of years ago, and they're still working on the house, which has bits from a wide selection of centuries. My favourite thing was this donkey-operated cider crush and press, still looking much as it must have done around 1900: 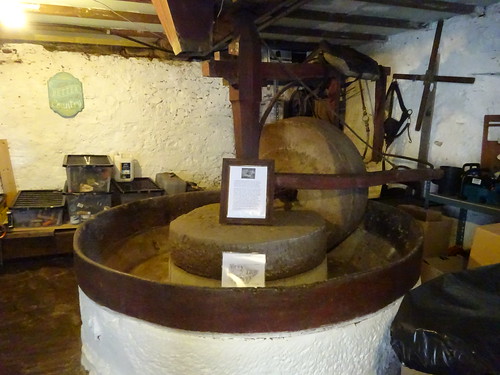 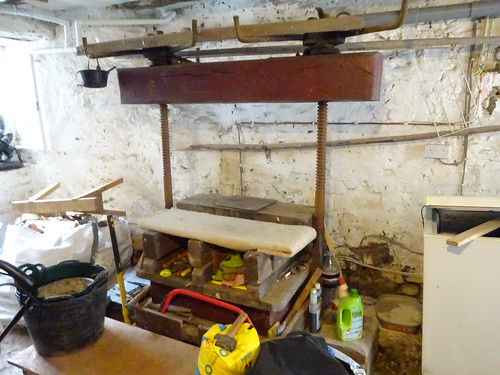 Then it was off to a magical weekend on the Gower, my more-or-less annual offline trip to the world of druids and witches. This time it was very druid-weighted, but I got on well with the one witch, who hailed from Kazakhstan. I can say little more of our eldritch rites (except that they were Pooh-themed), but I think it may be okay to show you the hobbit hole where I resided for three nights: 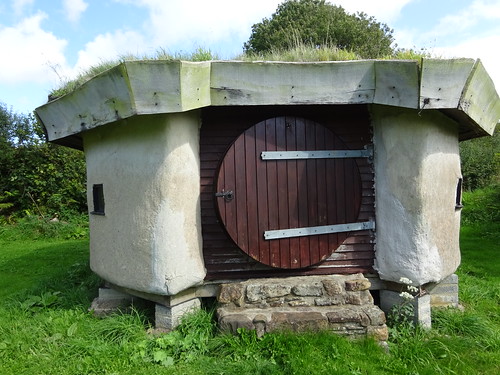 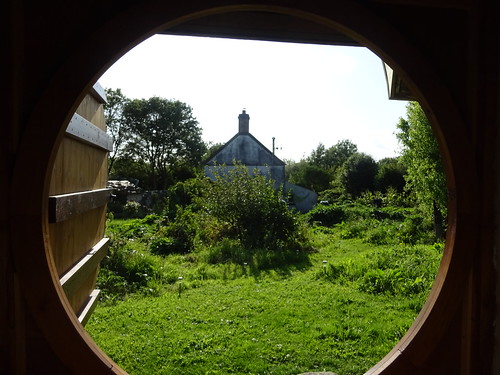 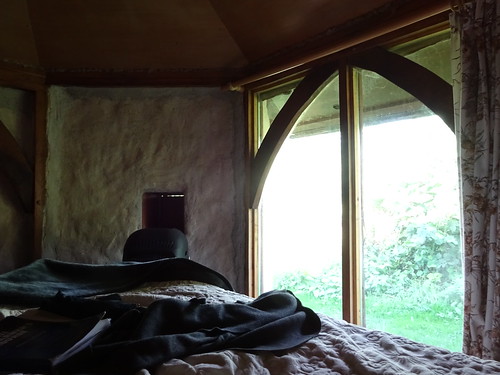 And maybe to share the last few lines of the Druidical Pooh hum I composed for the occasion:

Of Owl and Rabbit,
Earth and Sky,
A universe is made
Where you and I
Can see displayed
The Ancients’ Wisdom
And their Folly too,
Which is all one.

So, don’t excuse
A lack of brain, but rather muse
What we may gain
By making room for emptiness:
Guest room for unexpected guests
Who stumble into woods like these,
Bringing nectar from the bees.

From the Gower I went to Borth, and met up with my brother, daughter and daughter's boyfriend for a couple of days, before returning to Bristol and the world of grant applications. It's a strange life.