Haruka stayed again last weekend, which offered the opportunity to visit one or two new places. One was in Cardiff, a city I've worked in for four years now but still not thoroughly explored. In particular, I'd never been down to the bay area, so we made that good on Friday afternoon, and very pretty it was. The most intriguing discovery was Ianto's Shrine - a spontaneous outpouring of grief for a fairly minor character from a Doctor Who spin-off that last aired in 2011, who died a full decade ago but whose shrine is still relatively thriving, though some of the notes are a little blurry - presumably from the fresh salt tears of grieving fans: 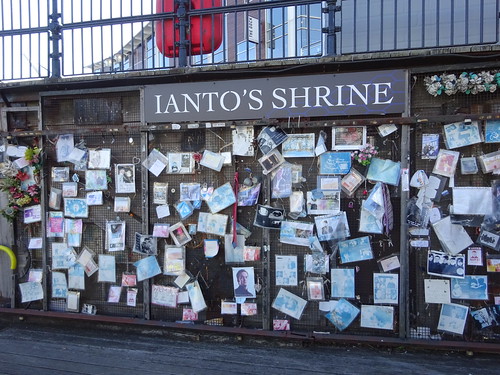 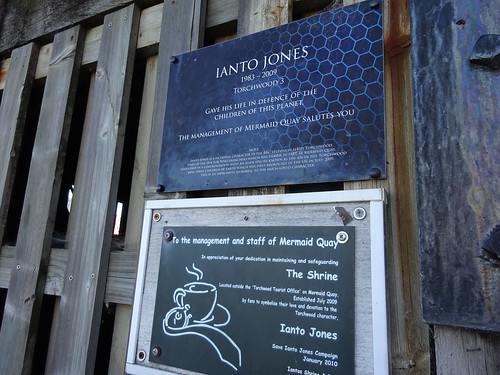 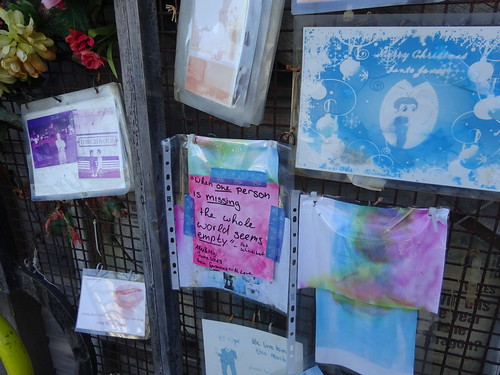 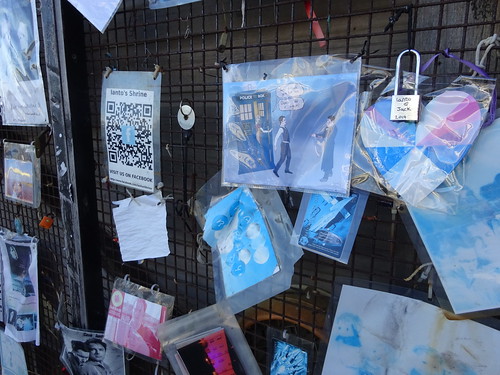 From a shrine on the Severn's western shore to a temple on the east: Sunday saw us visiting Berkeley in Gloucestershire, from where (as the tour guide in the castle reminded us) everything named Berkeley ultimately derives, from London squares to Californian campuses. I'd visited the castle several times before, and very interesting it is too, not least as the site of Edward II's murder (with or without poker). But literally next door is Edward Jenner's house, and somehow I'd never actually paid my dues to go into the Jenner museum. I'm glad we did this time, though, because it gave me the chance to visit a place that had been on my list for many years - namely, the Temple of Vaccinia, so called by Jenner himself after his development of smallpox inoculation. Before becoming a temple it had been his summer house, and even now it is basically just a hut at the bottom of his garden, decorated in an archly rustic way to fit the fashion of the time. From this Temple he would inoculate the villagers of Berkeley free of charge. 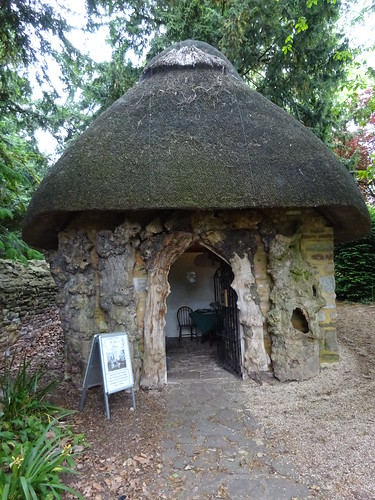 Inside the house there is a portrait (and the preserved horns) of Blossom, the cow whose poxy udders began it all, and ultimately saved the lives of millions. We paid due reverence to her memory.
Collapse