A little while ago I put this photograph on Facebook:

I'd been idling next to a kitchen shop, and on the van parked outside there was a Before and After picture of their work. To be perfectly honest, neither is much to my taste, but still, as I said on FB, I couldn't see why After was better than Before, or why anyone would spend significant sums to change from one to the other.

On FB some agreed, some demurred. One person suggested that the Before picture was dated. This may be true, but it's not a word I've really ever understood. Is 2018 not also a date?

Attitudes to the past are astoundingly inconsistent, of course. I often wish I'd photographed the jar of Tesco pasta sauce I once bought that boasted, on different parts of the same label, both of its "New Improved Recipe" and its "Traditional, Authentic Taste" - but similar examples abound. In the case of houses, it seems to me that there is a clear divide between different rooms. No one walks into a living room with an original Elizabethan fireplace and oak beams and complains that it is "dated," although once they might have. On the contrary, they'll praise its atmosphere and take good care of its original features. Kitchens, and to a lesser extent bathrooms, are a different matter. But then, even within bathrooms, a stand-alone Victorian, cast-iron lion-foot bath is an enviable item, as long as it's plumbed in; a Victorian water closet, not so much. This was where British hills in Fukushima jibbed, I remember, not quite being able to bring itself to install an authentic British toilet, despite having sent to England for all the other fittings: 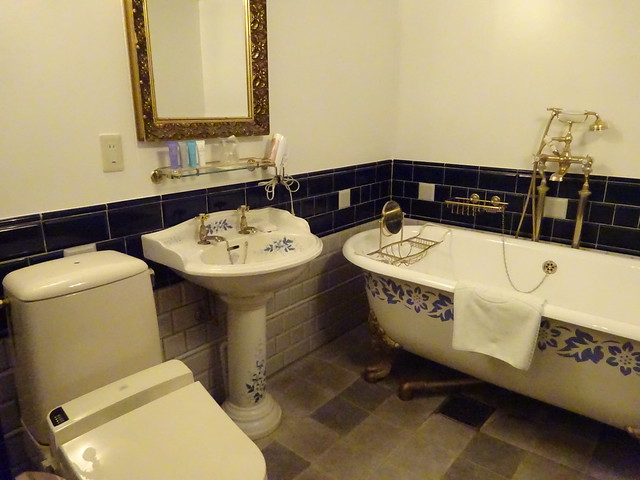 Contrast Dreamton, which won out in the bathroom authenticity stakes. I don't appear to have captured it, but I think the toilet there was even operated by a chain, which took me back to my childhood: 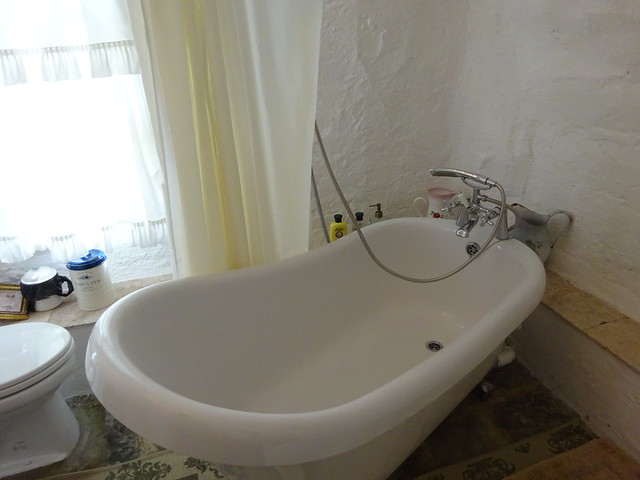 (My main memory of the chain in the first house I lived in is that it was too high to reach, so my father added a loop of wire to the bottom - wire thin and sharp enough to cut cheese, or so it seemed to me as I dangled from the end of it by my thin fingers.)

Anyway, the bifurcation of attitudes regarding different rooms, and the desirability or otherwise of modernness in them, has led to a lot of temporal inconsistency within houses. Happily my own small house, here in the orphans' graveyard, was only built in 2006, so it's not something I need to worry about. Everything is magnolia but the mould.
Collapse