Can it really be only a week since my colonoscopy?

It's hard to believe, but it's been a pretty busy, tail-chasing sort of week, with far too much travel - and the next ten days look like being a similar story. Without much embellishment, and really for my own later reference, I'll just record that I went to Birmingham last Saturday, to spend the day with Clémentine, before accompanying her to see Prokofiev's War and Peace at the Hippodrome. Here we are sharing some pork and a cup of Glühwein at the unseasonably early Christmas market. 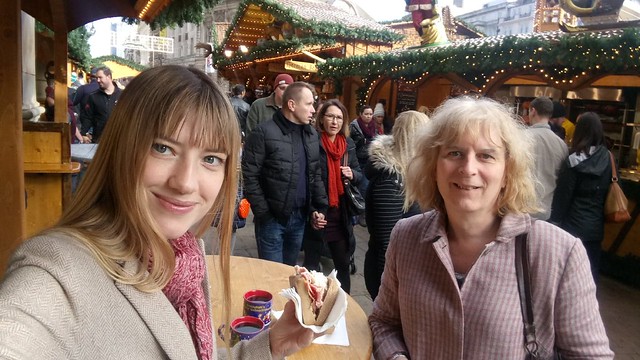 It was lovely to see her, and I even enjoyed the opera (I find Prokofiev simpatico and always have), but it's not an art form I've ever quite been able to get my head round. Andrei is dying of his wounds, yet still singing at the top of his voice? I suppose I should be able to accept it as a convention, just as I do stage sets in plays. I remember Philip Sidney holding out for the unity of place in terms that seem endearingly ridiculous:

Now ye shall have three ladies walk to gather flowers, and then we must believe the stage to be a garden. By and by we hear news of shipwreck in the same place, and then we are to blame if we accept it not for a rock. Upon the back of that comes out a hideous monster with fire and smoke, and then the miserable beholders are bound to take it for a cave. While in the mean time two armies fly in, represented with four swords and bucklers, and then what hard heart will not receive it for a pitched field?

I know my doubts about opera are no better founded than Sidney's, but there you are.

On Monday I was with Dimitra Fimi, giving a talk on Ursula Le Guin at a public engagement event in Cardiff. Dimitra's teaching in Glasgow now, but still commuting from Cardiff. She was due to catch a 7am flight the morning after, which puts my own travel blues in perspective. I at least got to stay with my friend and colleague Ann, in her huge Victorian house in Newport. 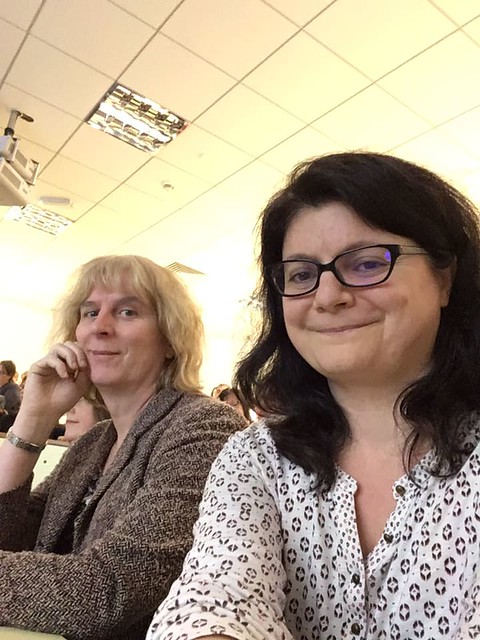 On Tuesday, I got the very sad news that Yume, my favourite restaurant, has closed suddenly, for reasons I will make it my business to discover. Nothing here long standeth in one stay, as the poet has it. Or in Japanese, perhaps, 「夢は儚い」. Ephemerality has aesthetic value in sakura, but in favourite restaurants, not so much.

Yesterday I was in London, being inducted as an External Examiner for the MA in Children's Literature there, which gave me a chance to catch up with my friends Alison and Lisa. It wasn't an onerous thing in itself, but yet another train journey, with an early start and late return. And tomorrow I drive to my mother's house, with sherry for her and box of matoke bananas for her carer (only matoke will do, but small Hampshire towns cannot supply them). In the cracks, I've been teaching a full timetable.

Come, 10-tog blanket of night, and cover me!
Collapse