Well, that was a very Japanese and yet quite Bristolian day. It began with my walking to a disused church near my children's former primary school, the site of many a school disco and bouncy-castle party in those days, but today home to the "Bristol Japan Cultural Showcase 2018" - an opportunity to load up on Umaibou (the chicken curry flavour, if somewhat caricatured in design, lives up to its name in taste)...

... and other snacks; to have people doing kendo shout Extremely Loud and Incredibly Close: to try my clumsy hand at calligraphy (can you guess which is mine and which the actual calligrapher's?... 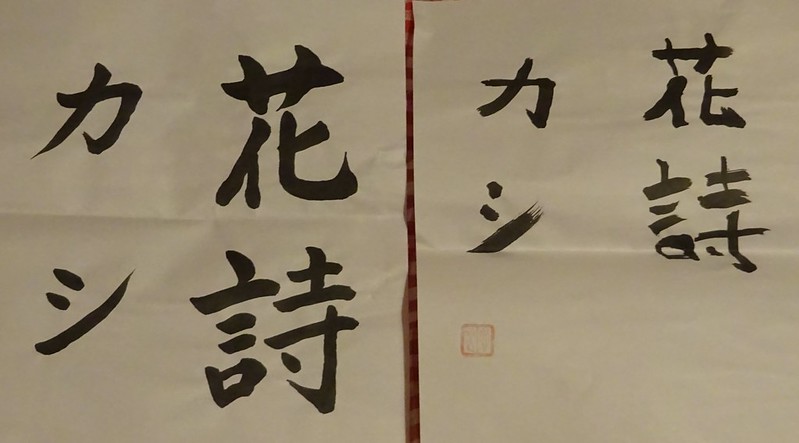 ... of course you can); and have a go at ikebana, which was rather more successful: 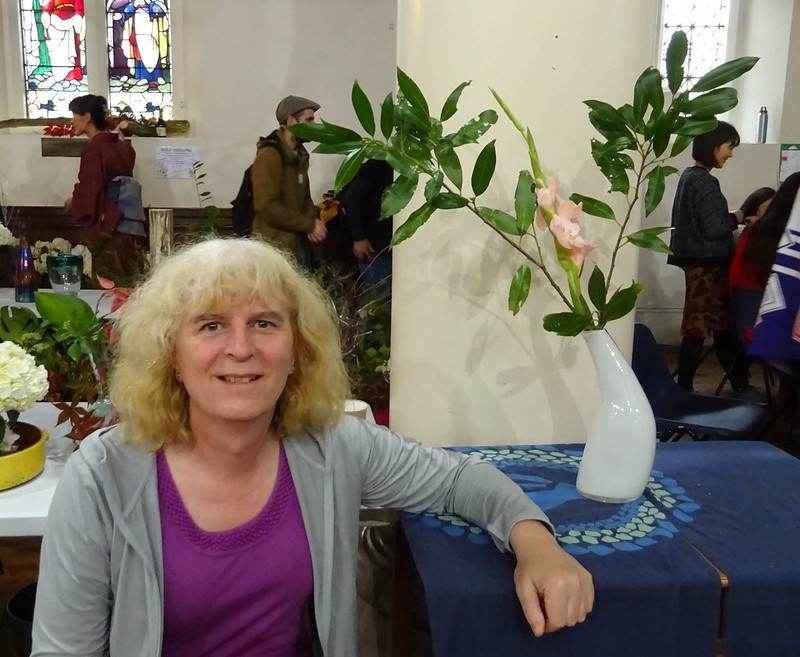 I also got to talk Japanese to a lot of new people, of course, which is always fun. I don't think I embarrassed myself.

The plan was to walk from there to the city museum, about a mile away, where there's currently an exhibition of Hokusai and Hiroshige prints. However, the ikebana people kindly wrapped my effort in cellophane and gave it me, which (considering I was also carrying a couple of bags, including a PhD thesis) was a little cumbersome. I couldn't simply dump it in a bin en route, though, after they'd been so nice, and besides, I was genuinely quite pleased with my effort. Before long I walked past a shop called Kimonokimono, which turned out to sell... well, yes, kimonos and lots of other Japanoiserie, all very good quality. On impulse I offered the shopkeeper my ikebana, which he accepted and quickly put in place among his stock (arranging it rather better than I had), which seemed an elegant and appropriate solution to the problem: 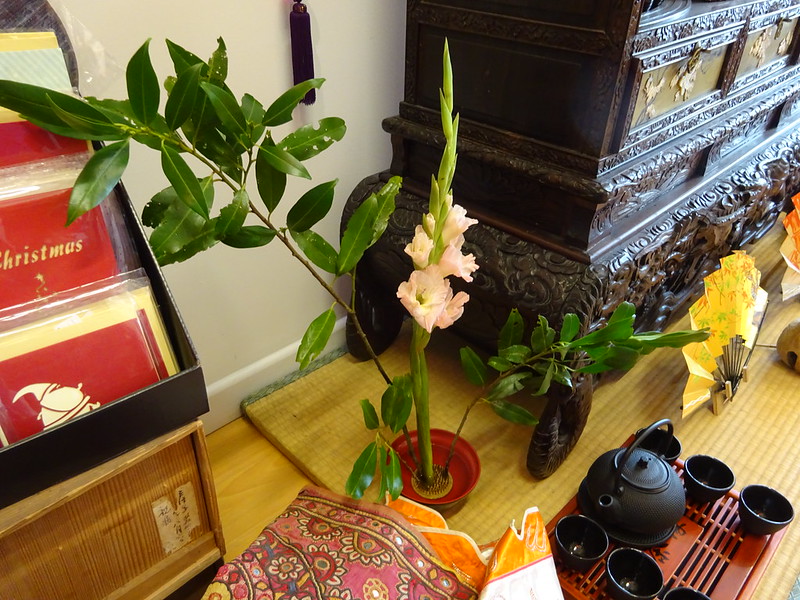 Unencumbered, I made a quick detour to the Bristol Porridge Project for lunch - something I'd been intending to do when opportunity arose. I went for the "Crazy Clifton Combo", with toppings of cacao nibs, cinnamon spiced apple, dates and cranberries. Not half bad for £3, and I'm definitely going back.

The Hokusai and Hiroshige were as good as one might expect: the Tokaido trail and the views of Fuji in all seasons and weathers. I was just as intrigued, though, by the museum's collection of late-seventeenth-century Japanese pottery, imported at a time when the supply from China had been interrupted by civil war. I don't think I'd been aware of the sakoku-era fashion for this ware:

Then to Coffee #1 to drink tea and read the PhD thesis (on Irish children's literature) before a walk home in high winds that made the plane trees on Welsh Back gong the sea's sound through puffed cheeks, and drove white horses across the floating harbour.
Collapse