"S. adored her old teacher," my friend told me of her 8-year-old daughter over lunch, "because she was a gymnastics coach, and S. loves gymnastics, so they got on really well. But she doesn't like her new teacher. She's into cats, and S. is cross because she has a cat allergy."

She found this attitude (amusingly) unreasonable in her daughter, and at first I was inclined to agree. But then I thought, what if she had a peanut allergy and her new teacher insisted on putting pictures of peanuts up round the classroom, dividing the classes into "Reese's" and "Sunpat", and generally singing the praises of peanuts in their manifold incarnations? That would seem more unreasonable on the teacher's part than the child's, wouldn't it? In fact, one might be tempted to contact the school for a Word.

What is the difference between the two cases? Is it just that I find cats cute myself, and peanuts not so much? Or more generally that cat lovers enjoy a recognised cultural niche, while peanut enthusiasts labour under the stigma of singularity? (But if so, shouldn't they be encouraged to express themselves, by way of showing the children that you don't have to be ashamed?) Or is it simply the contrast in seriousness between anaphylactic shock and a bit of a rash? (That said, I've known people whose social lives were seriously compromised by cat allergies.)

It may not be the most important debate of our times, but it's been bobbing around my brain ever since, so I put it here, under my ever-faithful "maunderings" tag.

But only the one in St Werburgh's has one, as I discovered this lunchtime.

Here's a view of the audience, both well rapt and well wrapped, it being nearly October. Those distant figures at the far end of the tunnel are graffiti artists. St Werburgh's is always in artistic ferment. 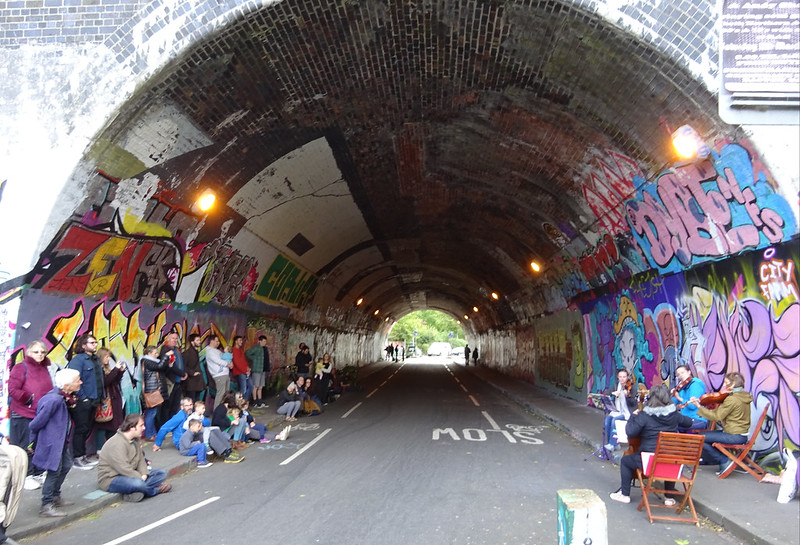 Finally, a topiary pig, to underline the point - if there was a point: 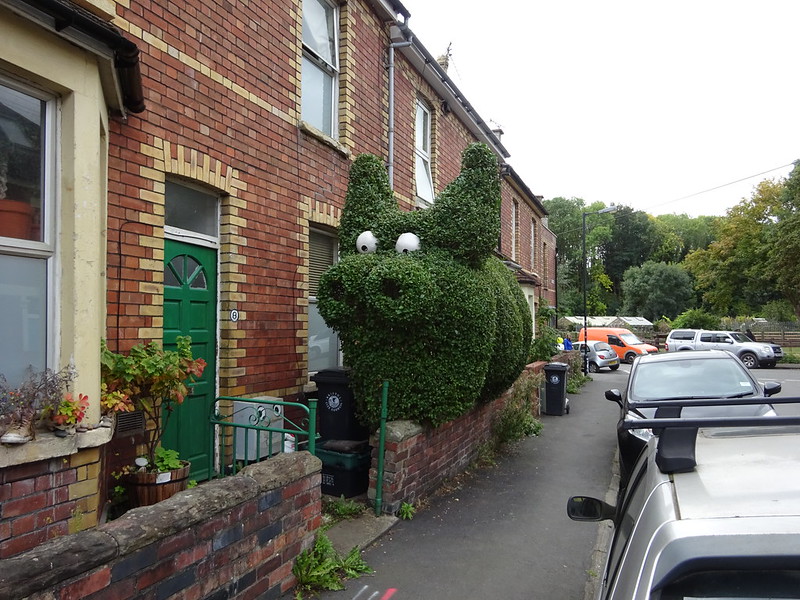 St Werburgh's, over and out.
Collapse