As a teenager, I used to read a lot of G. K. Chesterton and George Bernard Shaw. They were sparring partners and friendly rivals; one Catholic with a fondness for beef and beer, the other an atheist vegetarian teetotaller. Both had a talent for controversy and paradox, and healthy egos to match, and I liked them both, while sharing the opinions of neither (though I preferred GKC).

Like any pair of duellists, Chesterton and Shaw had their seconds (at least in my head), in the form of Hilaire Belloc and H. G. Wells, whom I also read, but not so avidly. In my imagination, this foursome spent the first few decades of the last century as gung-ho, pamphleteering frenemies, warring and intimate in turns. I liked to think of them penning essays and manifestos by day, and enjoying a pint (or a soda water with lemon) together by night. I don't know if it was really like that, and I don't want to know.

Anyway, I just want to record my pleasure at finding this slim volume on sale for 20p at the local Amnesty shop: 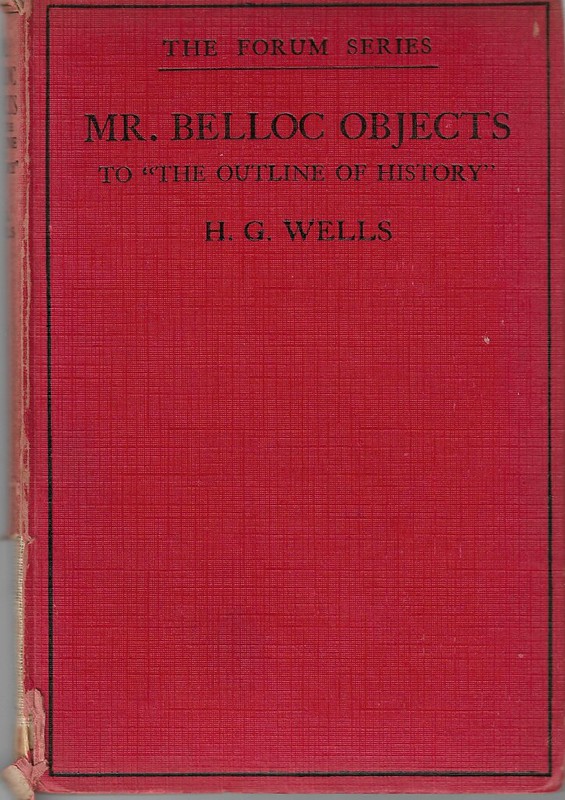 Watching people argue with such passion, and such a vivid sense of amour propre, about controversies now almost entirely irrelevant, is a strangely luxurious feeling for me, whether it be here or in the pamphlet battles of earlier ages (Thomas Nashe and Gabriel Harvey are another favourite pairing). Perhaps future historians of social media will get a similar buzz when they come to review the story of gamergate, or whatever.

Why do these things give me pleasure? It's not an Olympian "what fools these mortals be!" disdain - not at all; more a reassurance that my own furious passions, too, will eventually be chaff, and that therefore I really needn't worry so much.

Even futility is a half-full cup.
Collapse