Fukuoka was a bit of a self-indulgence - that is to say, my visit there was a day off from the Cotswold project, and really just a chance to revisit my haunts from the enjoyable few days I spent there two years ago.

When I say that Fukuoka reminds me to of Bristol, I don't want to overstate the matter - they're really very different cities, and Fukuoka is actually ten times bigger in terms of population (though it doesn't feel it), but they're both ports, both slightly removed from the spheres of the mega-cities. Whatever the reason, something about the cut of Fukuoka's jib reminds me of home.

The other reason I wanted to go was the Moomin Cafe, which I'd somehow managed to miss last time despite its being in the Canal City shopping centre, where I spent most of my time. This time, therefore, I booked into a hotel less than five minutes' walk away, and went directly from check-in. Luckily, I arrived in good time to meet up with some old friends: 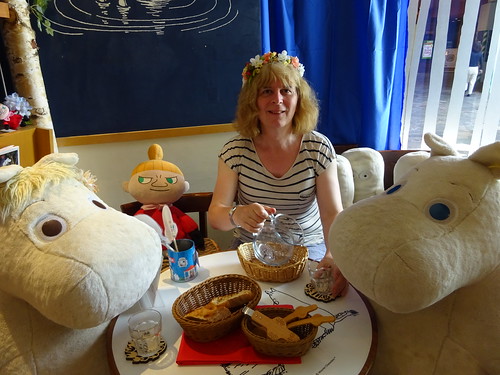 Having eaten a Snoopy-shaped rice set the day before, this time I gobbled up a Hattifattener (Nyoro-Nyoro in Japanese). The eyes are olives, in case you're wondering: 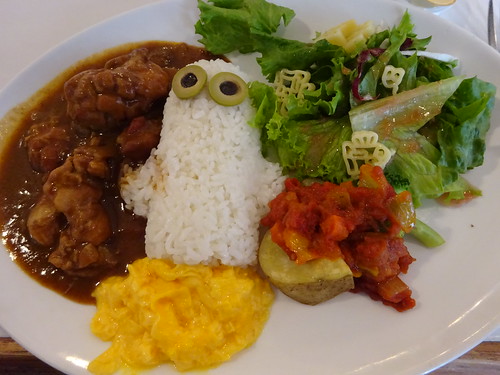 I'm not normally a fan of shopping centres, but Canal City always charms me. Perhaps it's the hanging gardens, or the fountains? If Babylon had had a branch of Muji and a taste for J-Pop, it would have looked like this. 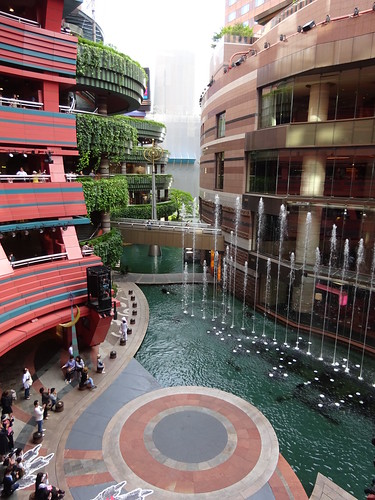 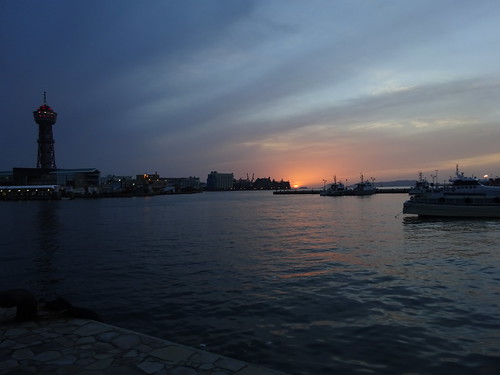 I wandered down to the dock later, which I'd read was quite a buzzing place, but I was surprised to find that by 6.30 it was pretty much shut. I did go up Hataka Port Tower, though, and looked at the island-dotted sea in the company of a family of Korean tourists, before gently moseying my way back into the livelier part of town, where I ate tonkotsu ramen and mentaiko at a yatai - which is perhaps the most quintessentially Fukuoka dining choice ever. (Mentaiko, by the way, is a pollock-roe-based sausage, and curiously addictive.) 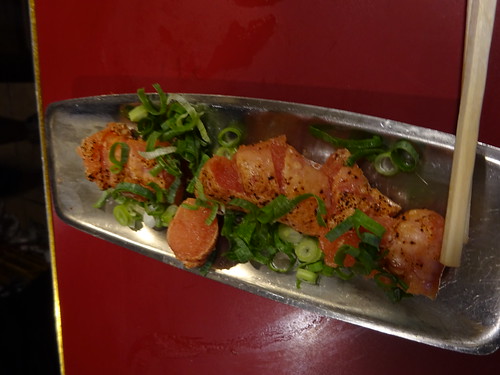 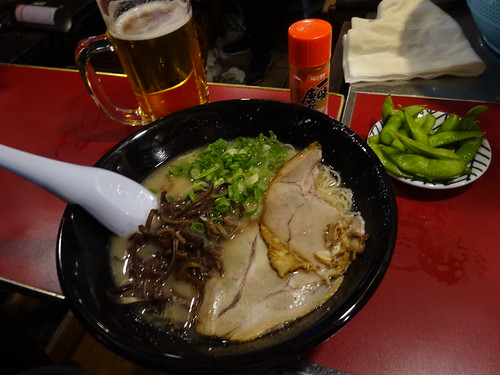 I've spent so much of this trip in the company of other people that it was really quite strange to be alone for any time. Not unpleasant, but I was looking forward to getting to Odawara, where I was to stay with my friend Haruka, her mother Yuko and the rest of their family (including adorable toy poodles) for a few days, partly preparing the various papers I was due to give in Tokyo.

So, let's hop on the last shinkansen of this trip, with an ekiben in hand. In honour of Kyushu, I chose the famous kurobuta of Kagoshima - although, out of respect to my project, I should note that these quintessentially Japanese pigs are actually of English descent, having been bred from a herd of Berkshires.

Not many people know that, and fewer care, but I am of their dwindling number. 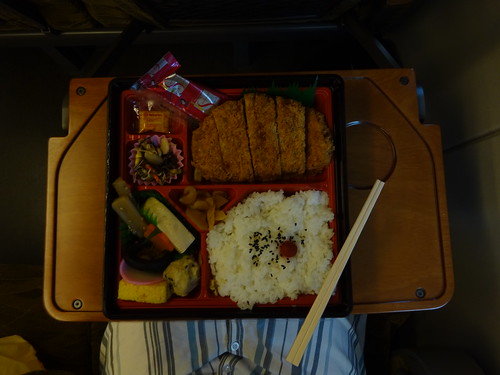