I'm not going to linger over the events of 12th May - not because they were unmemorable, but because it was mostly a day of a) meeting old friends and b) giving a lecture, and also because I didn't take any photographs during that time to amuse you. In short, I went to Kyuritsu University in Jimbochou to give a talk on the Cotswold project to the membership of the Japanese society for the study of British Children's Literature (or Children's Literature in English - the Japanese and English versions of the society's name differ subtly). I had a very nice lunch with Miho and Satomi, and afterwards met many other friends who have occasionally appeared in these pages, such as Mikako, Yoshiko, Akiko, Naomi, and the rest. The lecture went fairly well, I think, although I ran out of time before I ran out of material, and then most of us went on to a local izakaya, where (joined by Hiroko) we ate and drank to saturation. Altogether a good day, if not a photogenic one.

The only unplanned thing I should mention is that, on the way to Kyuritsu, I stopped at Meguro to look at the hotel Meguro Gajoen, which was used (so Miho had informed me) as one of the models of Spirited Away, and was in any case well worth a visit in its own right, especially the toilets. I always feel a bit self-conscious going into a hotel where I'm not actually a guest, so I didn't take any pictures - and the toilet would have been a particularly problematic place to start snapping - but I can certainly confirm that it's quite an astounding building, even if I didn't (in the ten minutes available) notice any obvious Miyazaki references. If you'd like to see more, check out this blog, especially the toilet and waterfall.

It was there, lost in admiration of the ceiling tiles, that I accidentally left my tablet computer, on which I had been anxiously checking the subway times. I was halfway back to Meguro station by the time I realised my error, which necessitated my running back down the hill, bearding the reception staff in their den, and then bursting into the toilet, quite unlike the demure creature who had been there 10 minutes before. Luckily, the clientele of the Gajoen are not only rich but also honest (a rare combination), and the tablet was lying neatly on a side table, as if expecting me.

But the main business of this post is British Hills in Fukushima. This was (and at the time of writing still is) the first stop on my "Britain in Japan tour", a 90-minute shinkansen ride north-ish of Tokyo. I stopped at Shin-Shirakawa - a fairly small town/city - and a while later a green shuttle bus arrived to take me (and several Japanese people) the 40-minute hairpin drive up into the mountains, nestled amidst which was this oasis of Britishness. 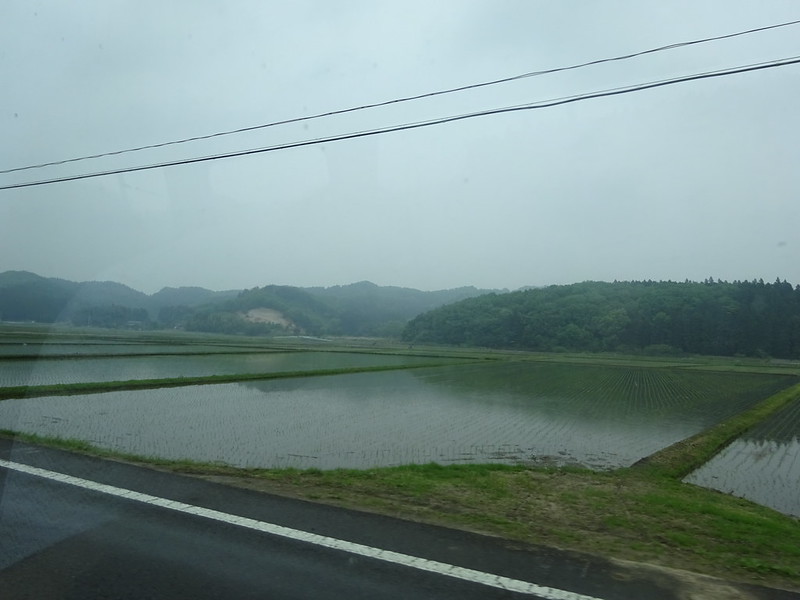 Could those hills be British? Read on...