I think I may be in Tokyo. 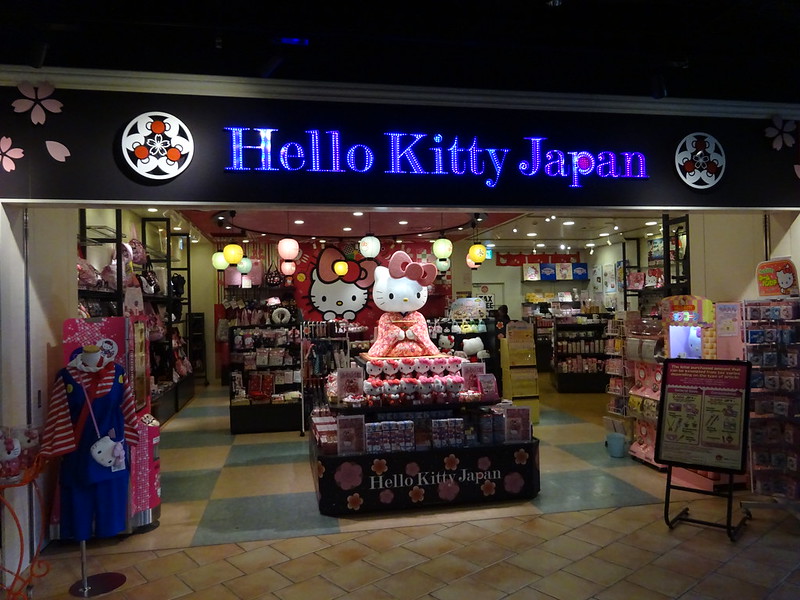 In fact, I`ve been here for more than 24 hours already. How transient is life!

Like last year, I had a brief German stopover (in Munich) and, like last year, did my blood pressure no favours through worrying about missing the connection, but Lufthansa ("Efficiency doesn't have to be brutal") got me here on time, with a couple of hours to spare before I could check into my AirBnB. I spent that time looking around Haneda airport's upper reaches, where they try hard to showcase Japan in both its traditional and hypermodern aspects, enhancing both by the simple means of juxtaposition: 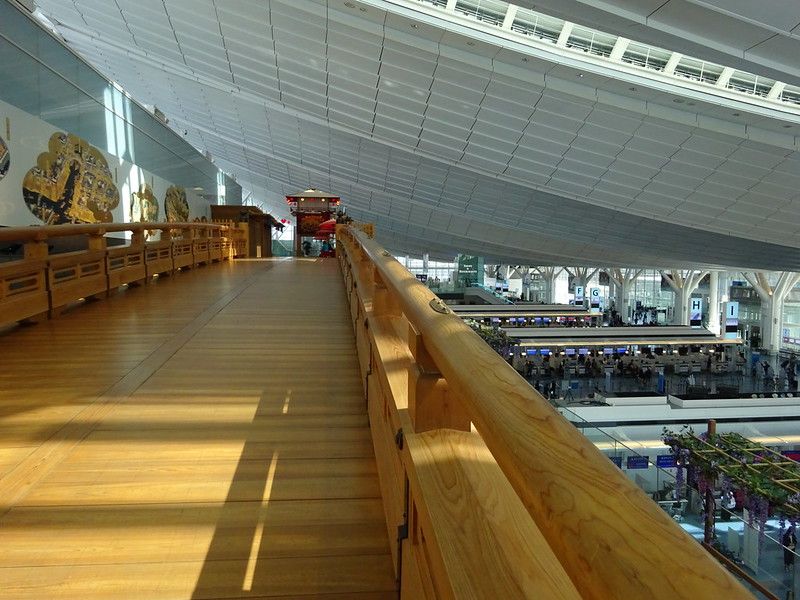 When I wrote my first Japan entry, back in 2015, I was afraid that if I didn`t write things down I would forget the zesty newness of everything, such is the tendency of human beings to become blasé. I suppose that's happened, to an extent. I don't plan to post many amusing examples of Japanglish this time, for example, for they are simply too numerous. On the other hand, being fresh from the UK I was still rather taken with this invitation on a photo booth at Haneda. I'm sure it will be a great comfort to my grieving relatives to have my picture immortalised next to an astronaut dog: 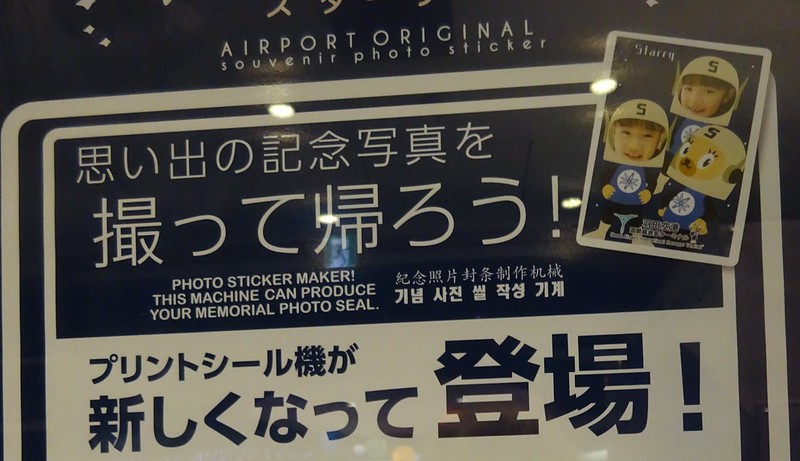 And never underestimate Tokyo's ability to come up with new ways to distract us. Cute, interactive robots have definitely become more numerous since my last visit, like this little fellow (click for the video). I've the seen the future, and it's shot sideways on by mistake: 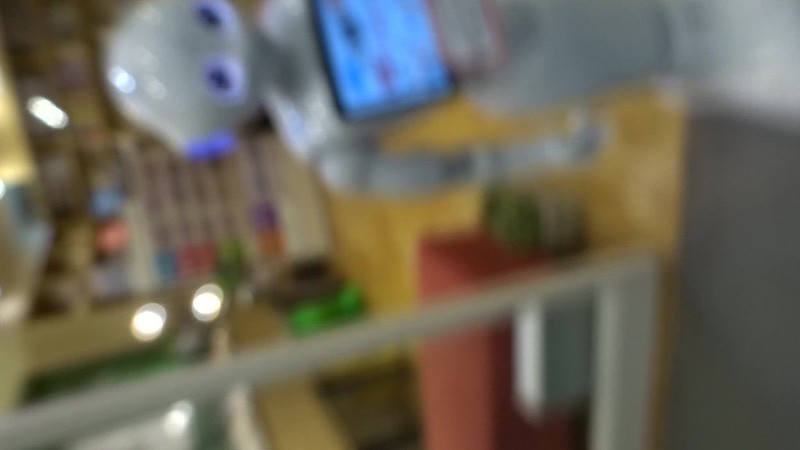 I was also struck, as if for the first time, by the number of unaccompanied children - travelling in small groups or alone - on the subway. By children, here, I mean no more than five or six years old. (Japanese children do get sent out alone at a very young age by modern Western standards. They've even made it into a a TV show.) And very confident they seemed, too, although almost impossibly cute in their sailor (girls) or soldier (boys) uniforms. I guess my journey coincided with the end of the primary school day.

For the moment I`m staying in Nishikoyama, a quiet district near Meguro. I really like the neighbourhood, which is full of little streets and interesting shops that deserve further exploration. I wish I were staying here more than three days. 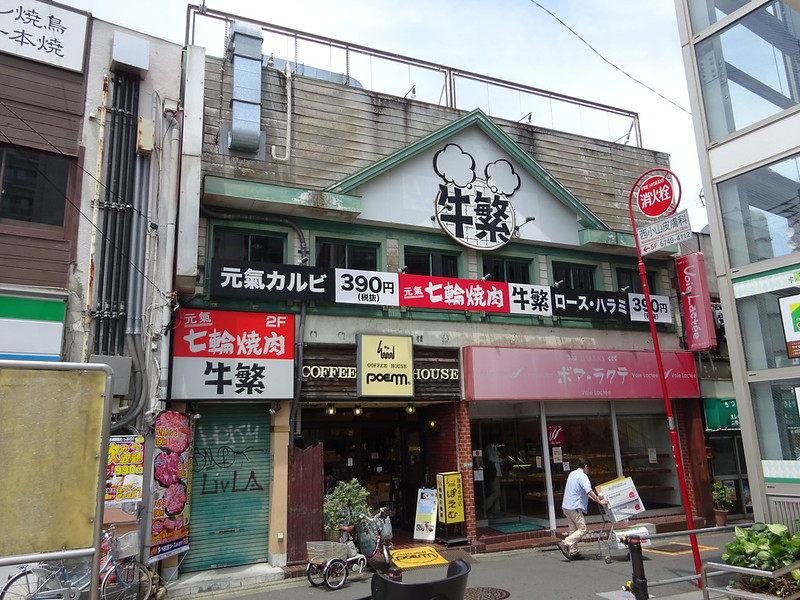 The apartment is clean and comes with everything I need, including of course a few gadgets that are new to me (you dry your washing by hanging your clothes over the bath and turning on a stream of hot air that transforms the entire room into a clothes dryer - what?). There are many buttons set into the walls that I do not understand the functions of and dare not touch, although I assume none of them is actually designed to do me harm. Altogether, life in Nishikoyama is good.

Despite that, this morning I took myself into the heart of the city, to make Shinkansen reservations at Tokyo Station. I had about 10 to make, so thought I might as well do them all at once, thus saving a lot of queuing later. Beyond that I had no errands at all, but decided to spend one day (actually my only entirely free day for the entire time I'm here) making like a flaneuse, and wandering through Tokyo as the spirit moved me. From Tokyo station, it moved me in the general direction of the sewage works (or at least the main office), and then past the back entrances of some restaurants and down a fairly insalubrious alley under the railway, where I discovered that the smell of stale urine is much the same in Japan and England. "Why did this never happen to Balzac?" I cried, before deciding to look at a map after all.

I was given the use of an iPad by my work recently, and had hired a Pocket Wifi for the duration of my stay here, so for the first time in my life I actually had access to GPS. Theoretically I could have found my way anywhere, I suppose. On the other hand, I'm currently using the same iPad to read Tristan Gooley's Walker's Guide to Outside Clues and Signs, and I can't help but feel Mr Gooley's disapproving gaze every time I type in a location. All the same, with the weather being rather cooler than I'd anticipated (after last year's heatstroke, and needing to get an entire month's worth of Stuff into one suitcase, I'd packed without any really warm clothes), I did ask Google maps to show me the way to the nearest Uniqlo so that I could buy a long-sleeved top, and so it did. (For reference, Uniqlo is a bit like Primark, I suppose?) Well, perhaps there are natural signs that you can follow to find a Uniqlo - I wouldn't expect to find one in Ginza, for example - but I'm pretty sure Gooley doesn't cover them.

On the subject of odd juxtapositions, I particularly enjoyed watching this business-suited man play jazz piano (the fun kind) on this very pink free piano in the Marunouchi Building: 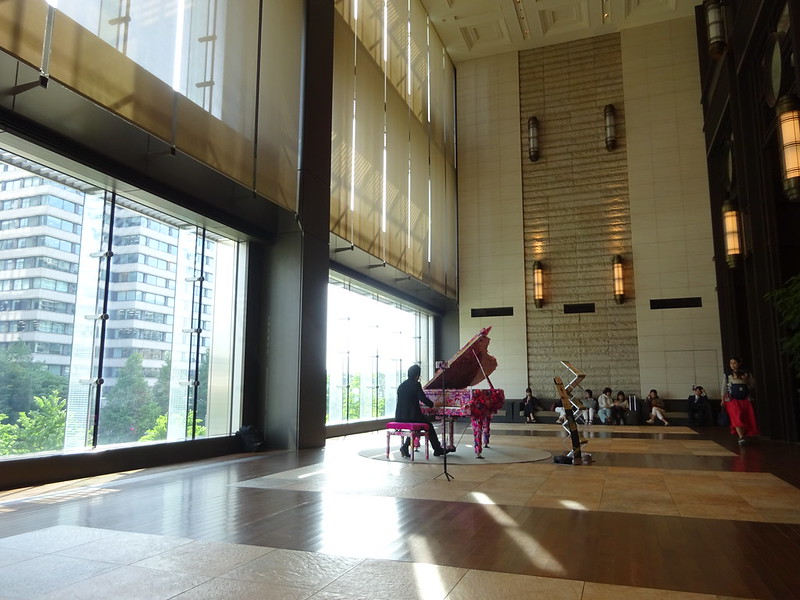 Pudding this evening was a steamed cake from Ginza Kimuraya, which I bought mostly for the novel written on the side of the packet:

My lasting memory of that first trip to France in 1952 is of sensuality. Today, one would have to step off an aeroplane on the other side of the world to exprience such an impact on the sense. There was a strangely exotic smell which hit me as soon as I set foot on the quay at Calais, later identified as a mixture of strong tobacco, expensive scent and fresh garlic.

Despite this Proustian rhapsody, and somewhat to my disappointment, the cake only tasted of cake. But then, so did Proust's madeleine. I guess you had to be there.
Collapse