As regular readers will know, one of the more fun jobs involved in the Cotswold project is that of tracking down the locations of various places shown in anime. A few weeks ago I posted about Chise and Angelica's shopping trip in The Ancient Magus's bride, which involved a couple of shots from Bourton-on-the-Water.

After those shots, we see the two sit down at what looks like a café: 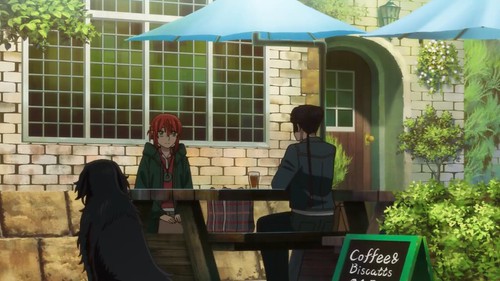 Later shots show that the café is situated by a river, much like the one in Bourton: 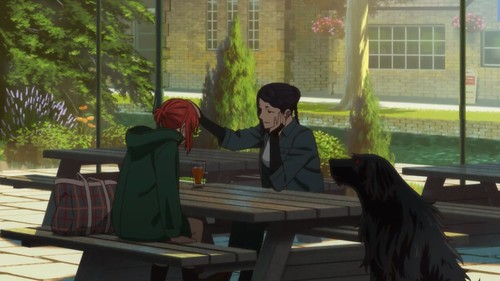 However, I was unable to track down the café using Google, so gave up for a while. The other day, though, I got hold of the relevant volume of the manga. The anime is pretty faithful, and the episode is similar - except that, in the manga, they are clearly visiting a pub, not a café: 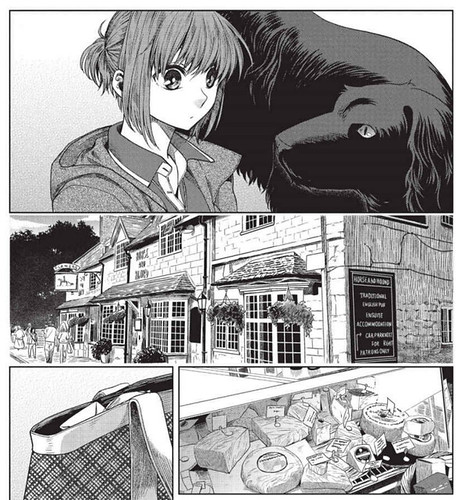 The name of the pub is visible, too - the Horse and Hound. It's not an uncommon name, and the Cotswolds is hunting country, but it didn't take long to track it down: 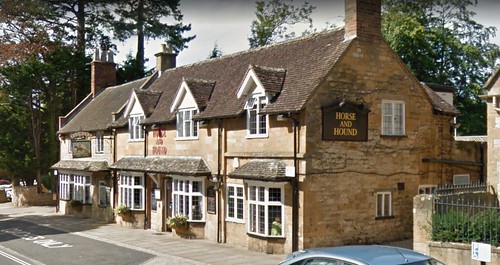 You can see that the anime has taken the manga picture and adapted it, perhaps changing it into somewhere a bit less alcoholic because of the age of the audience? 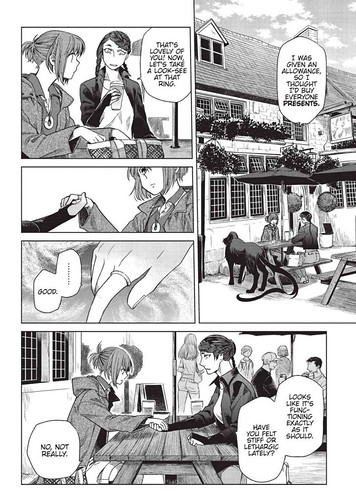 The only thing is, the Horse and Hound isn't in Bourton, it's in Broadway, some twenty miles away. And it's not next to a river, it's on the main street.

This hopping about isn't uncommon. In Kiniro Mosaic, for example, there's an episode in which Karen leaves her own large house, walks to her friend Alice's house, and on finding that Alice is busy goes to play alone on a bridge, where she has an accident. Eventually Alice finds and rescues her and they walk home together. Sounds straightforward, right? Except that... Karen's house is (as I recently established) Bibury Court: 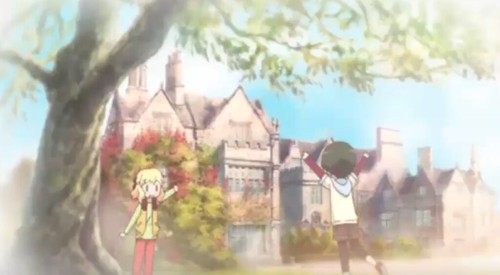 Alice's house is in Nettleton, near Castle Combe, as noted in previous entries - that's about 30 miles south-west. The bridge that Karen falls off is in Bathampton, another ten miles in the same direction: 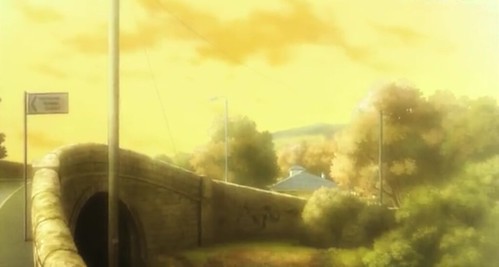 Finally, the two are seen walking back together along Arlington Row in Bibury: 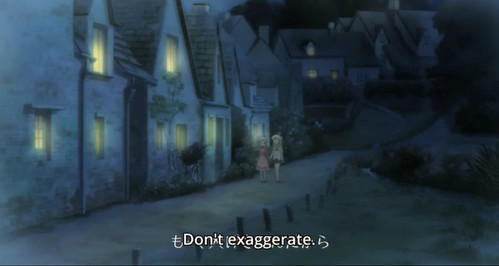 In all, Karen has made an eighty-mile round trip. Really quite impressive!
Collapse