What could be more boring than hearing about someone else's home renovations? Nothing - so feel free to move swiftly on, but just for the record I'll mention that we're currently camping in the house, the kitchen being out of action while it is combined with what was a downstairs toilet to make... a slightly bigger kitchen. Not a big kitchen, mind, just not the phone-box sized one I've lived with for the last 12 years. Meanwhile I have no washing machine (it's shivering in the snow outside my back door), no oven, no grill, no hob, no sink, no water at all on the ground floor, and the contents of all the drawers and cupboards are scattered around the house - a house with no storage to speak of. Our living room contains the fridge-freezer, microwave, bins, toaster, and food, while the kettle sits in my bedroom, one tantalising wall distant from the bathroom taps.

Overall, it's not as chaotic as I thought it would be, but I'll still be very glad when it's over. According to the builder it's a two-week job, which we're now halfway through. Here a couple of pics from the first day: 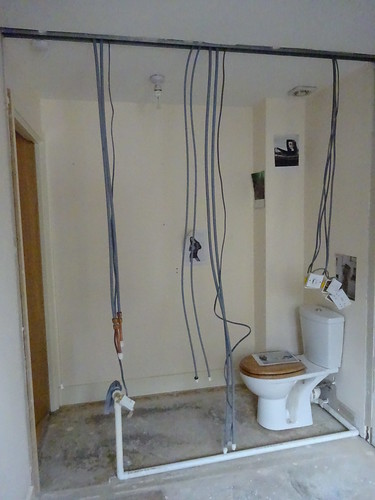 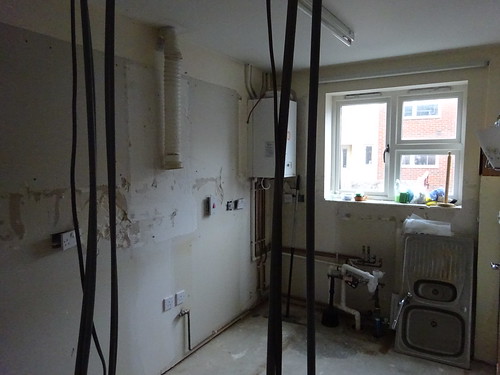 And at the end of the first week. 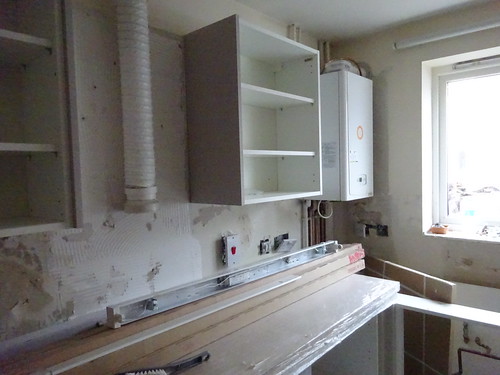 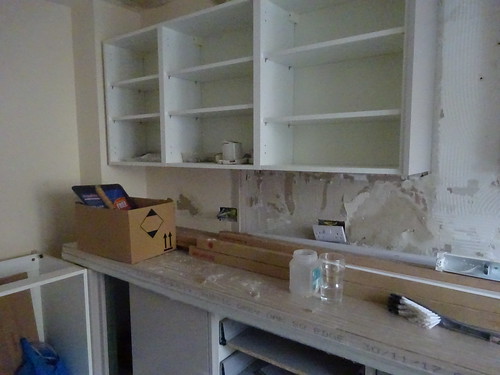 I assure you there's more progress than might first appear... Actually I've no complaints to make, so far - the builders seem to know what they're doing, and they're on schedule, but I won't be happy till I've filled those new cupboards.
Collapse