If you have read A Stranger at Green Knowe (the fourth of the Green Knowe books, and the one that won Lucy Boston the Carnegie Medal) you will know that it ends with Mrs Oldknow suggesting she invite Ping's friend Ida for the rest of the summer. Ida had appeared in the previous book, The River at Green Knowe, in which she, Ping and Oskar stay with Ida's great-aunt, Dr Maud Biggin, and her partner, Sylvia Bun, who are renting the house.

The text of the book doesn't explicitly state that the invitation is issued, but the final illustration, by Boston's son Peter, shows Mrs Oldknow's blotter: 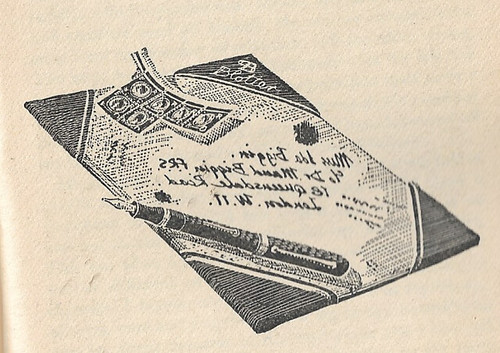 Mirror writing is always an invitation, but to save you having to find a mirror here is the same image horizontally inverted: 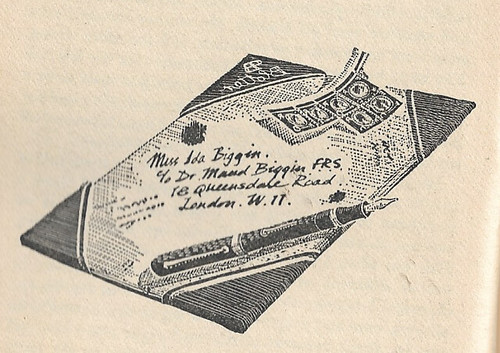 How do you read that? It's pretty clearly Queensdale Rd., London W11, but what's the number? I suggest it's more like 18 than anything else, but it looks a bit odd to me. It might possibly be a 16, or 1B. The '1' also looks rather strange.

Queensdale Rd does indeed exist. There doesn't appear to be a 1B (at least at the present date), but here are 16 and 18, either of which you are free to imagine as the address of the rather eccentric palaeologist, Dr Biggin: 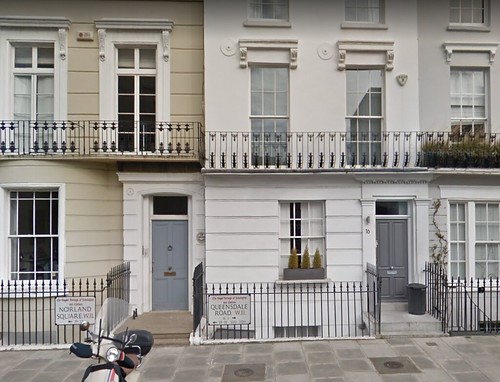 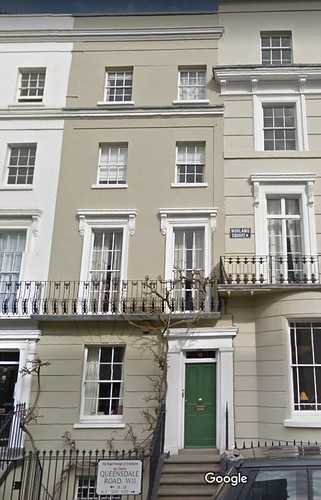 The other question, of course, is why Peter Boston chose a real address for this fictional character.
Collapse