When I walked to Tesco yesterday I found myself sauntering past a very long queue of traffic trying to get into the Eastgate Centre, perhaps to stock up on last-minute booze - whereas I was only after soured cream. Detecting feelings of smugness, I prepared to suppress them in my usual authoritarian manner, then made a conscious decision not to, but rather - as an experiment - to view them positively, for all the world as if I were President Trump.

"There's nothing wrong with feeling smug," I told myself. "You deserve it. In fact, I think it's very brave of you to so honest about your feelings. Also, smug is so very in right now."

Didn't I do it well? I don't think anyone in the history of the world has been smug more expertly. But it hasn't changed me.

Today I decided to take a stroll around the zoo, an impulse that seems to afflict me only on New Year's Day, although this time I was in Bristol rather than Borth. I'd not been to Bristol Zoo for several years, and it was a rather nostalgic trip, which gave me a chance to compare meerkats, assess hippos, and so on. 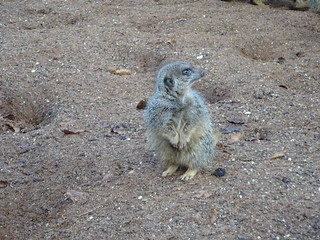 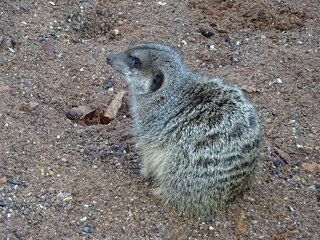 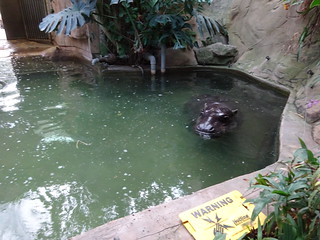 The strangest part was the overhead conversation while watching the otters. A small boy - maybe four years old? - was there with his father. Looking at the pair of otters, he remarked: "I don't like the female otter." (How he could tell the difference is beyond me.) Not getting any reaction, he added after a few seconds: "I don't like girls."

"You do like girls," replied his father. "Because you got a princess dress for Christmas. And" - with a heavy emphasis - "you like wearing it."

It seemed a strange argument: does it really follow that a boy who likes princess dresses will also like their traditional occupants? Then I wondered whether it might have been partly for my benefit. After all, a few minutes earlier, when we'd all been looking at the golden lion tamarins and the boy had said the word "Fart!" very loudly, the father had apologised to me - so he was clearly sensitive to the way he was seen by others. If so, I suppose the first part - "You got a princess dress for Christmas" - was an example of what is fashionably called virtue signalling ("I am not one to force my child to conform to gender stereotypes"). But the second part - "And you like wearing it" - was a pre-emptive clarification, just in case I was a Mail reader ("Nor am I one to force my son to wear dresses").

From the boy's point of view, however, it must have all sounded like non sequitur upon non sequitur, though he was too polite to say so.

I realise that Glastonbury doesn't really count as the Cotswolds, but I'm taking a very broad view of the matter for my Cotswold project. I've already noted Glastonbury's anime appearance in Fate/stay Night: Unlimited Blade Works (contender for my least-snappy title award): 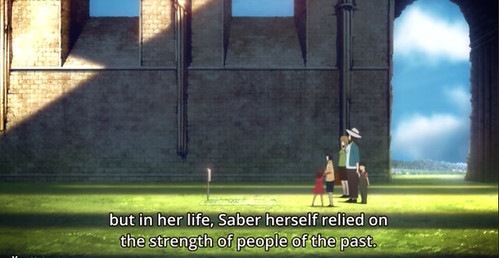 But now here comes Little Witch Academia. I'd seen the 2013 short film of LWA, a kind of Harry-Potter-inspired magic school story, with the interesting addition of Alfred Watkins' ley lines (leys, for the purists). A map shown briefly in that film had suggested a Glastonbury setting to me: 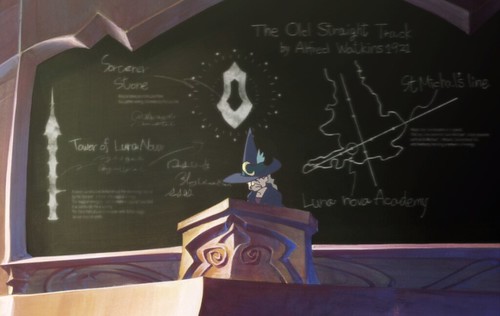 But no location had been mentioned, so I was pleased to see yesterday, when I finally got around to watching the 2017 TV anime spin-off, that it is indeed set in Glastonbury. Not that we can quite read the name of the station where Acco disembarks (and not that Glastonbury actually has a station, for that matter): 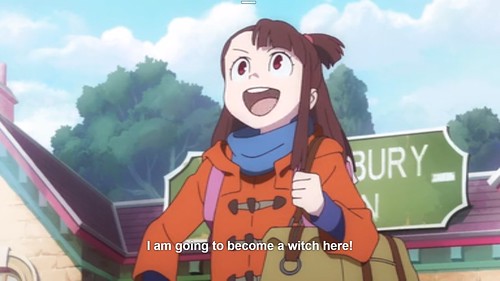 Nor does the town look that much like Glastonbury - more a generic Cotswoldy small town, where you can buy delicious potatoes: 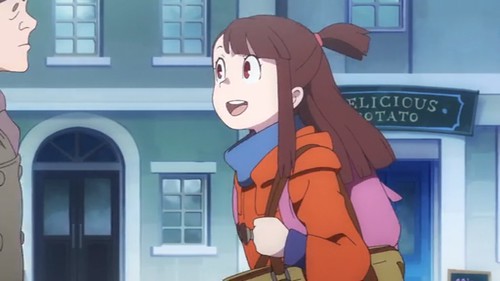 However, the Abbey ruins are pretty familiar, jungle creepers notwithstanding: 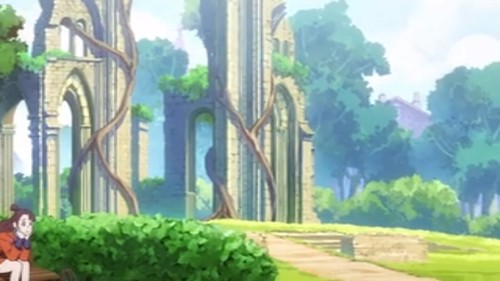 And the same is true a fortiori of the Tor: 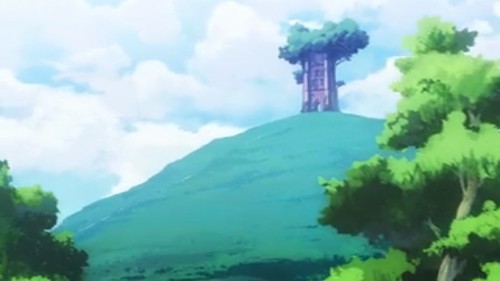 The path up it brings back happy memories from last summer, with Haruka and Eriko: 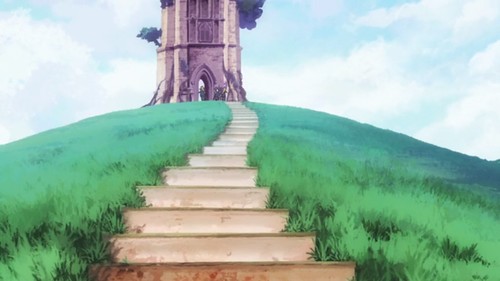 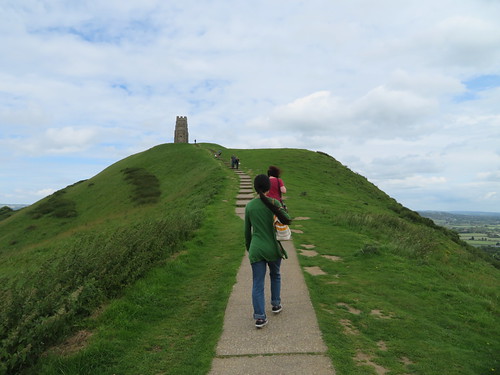 It turns out that the chapel is actually a portal from which one can ride the ley line straight to Luna Nova Academy: 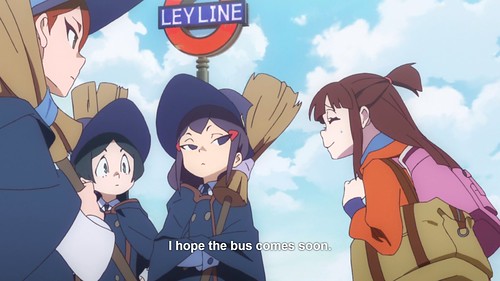 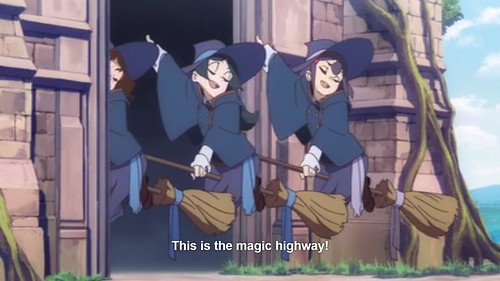 So, now you know!
Collapse