Via my sister-in-law, here's a picture of my aunt, Ruth Siverns (formerly Bowman), part of a Philip Larkin exhibition currently showing at the University of Hull. It's a nice enough photo, but I'm less enamoured of seeing her next to a large sign reading "Wild Oats", even if that's the name of a poem she co-starred in. It's a pretty reductive way to characterise a seven-year relationship (including a two-year engagement). But then, the twenty-first century is an age of sans-serif soundbites. (Mind you, for future conference organisers I suspect this will be known as the "long twentieth century" - a period that ended when Trump dropped a nuke.) 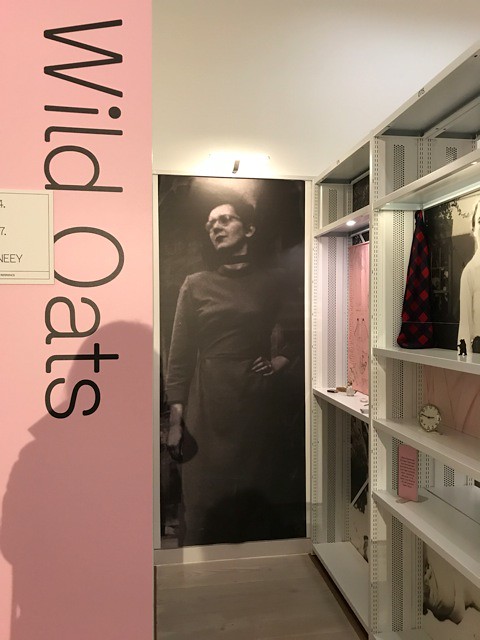 The Daleks and I hatched, and JFK and CSL were dispatched, and just look what wildness matched!

Susan looked at him and was not afraid. Her mind could not accept him, but something deeper could. She knew what made the horses kneel. Here was the heart of all wild things.

Max said "BE STILL!" and tamed with the magic trick of staring into all their yellow eyes without blinking once and they were frightened and called him the most wild thing of all and made him king of all wild things.