My understanding had always been that the British were more likely to say "Merry Christmas" than "Happy Christmas", but that it was the other way around in the States, and that under American influence the H word was gaining currency here too. However, an Ngram of British written usage suggests that Merry is not only maintaining but increasing its ascendancy, at least in published sources: 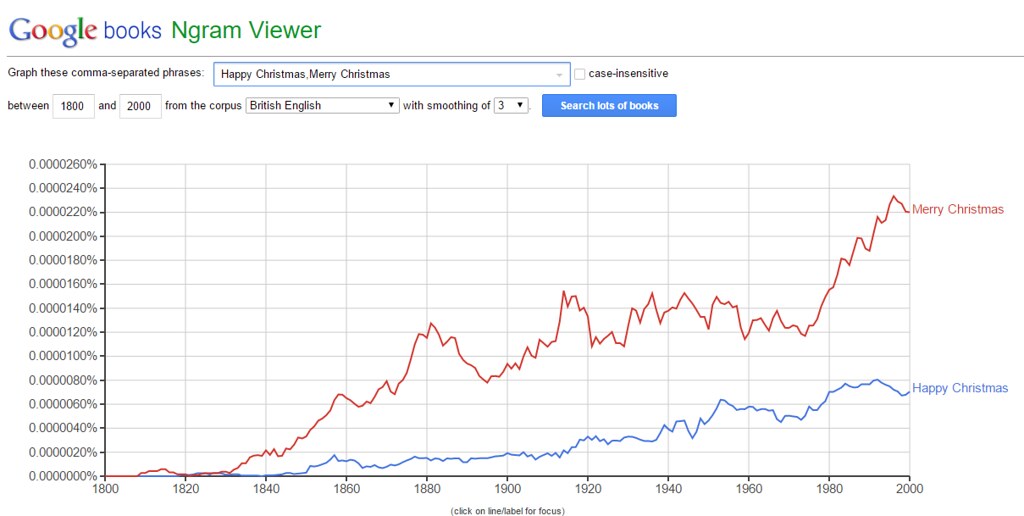 More than that, Merry is even more dominant in the States, and always has been. 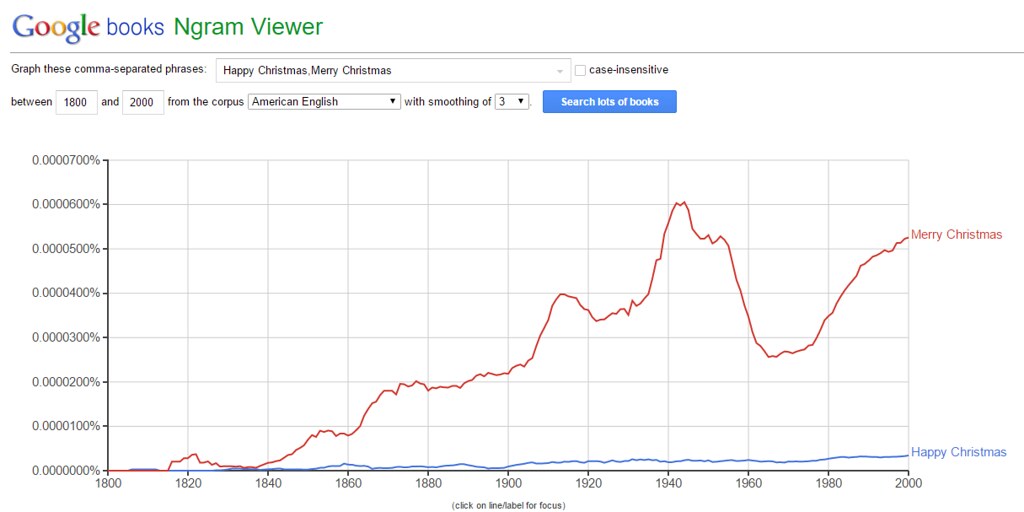 So there you go. Live and learn.

However, now I'm intrigued by the 20-year decline in American festive greetings from the early '40s to the early '60s - an era I think of as the epitome of the chestnuts-on-an-open-fire, ultra-wholesome American Christmas, with Bing Crosby, Nat King Cole, Jimmy Stewart, 34th St and all. Yet the number of Christmas greetings (at least in print) more or less halved in that period. Perhaps the association between Christmas trees and the Red Flag brought the festival under suspicion with the McCarthyites?
Collapse