At my first Worldcon, in 2005, I attended a panel on sex in YA literature. One of the speakers complained that YA writers were too coy in describing sex: "Sometimes you can't tell whether sex has taken place or not." At which Terry Pratchett heckled from the audience, "My wife often says the same thing."

Being published's a bit like that. It's true that the day my first novel was published back in 1997 Orion sent me a bouquet, and that was lovely. I think I might have got a bottle of something from HarperCollins on one occasion, too, but generally publishers and agents don't think publication dates worthy of note, and (if you're not a headline author) they pass unmarked.

Hence, I'm not entirely sure whether Modern Children's Literature has been published yet or not. It appears to be for sale at Palgrave's own site, where the publication date is listed simply as December; at Amazon, which has today listed as the publication date, it is still only available for pre-order. I've not yet had my copies, but the Christmas rush may be to blame. Oh well, let's say it's out today - featuring LJ's own

fjm, amongst other luminaries: 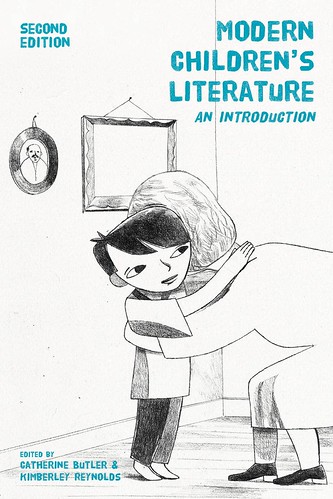 Also out this week, and this time I do have a paper copy, was The Author magazine, with an article by me featured on the cover: 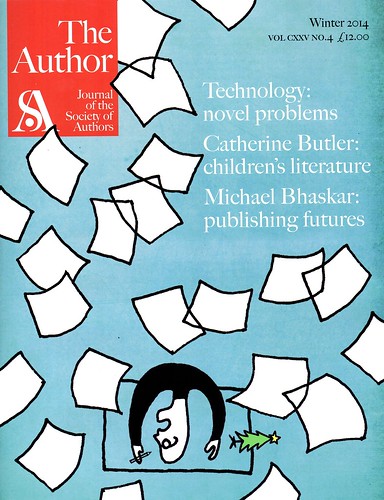 All this is very pleasing, of course, though the time lag on such things is such that they come like the ghost of Christmas Past, as a rebuke to present indolence. The Author article is just an edited version of a talk I gave more than a year ago, and I sent the proofs of Modern Children's Literature off in July. Meanwhile I've a chapter to write for someone else, and I just don't feel like doing it.

Instead, I've been re-reading Gombrich's Art and Illusion, a book which waved to me from my shelves yesterday, having lain mute for a couple of decades. Back in the day it did a lot to sensitize me to questions of interpretation, and may well help me now in my maunderings on intentionality (see previous post), but the first thing I was struck by was a passage from Philostratus's life of Apollonius of Tyana. Here the sage is travelling the world, engaging people in Socratic dialogue. In India, he finds himself talking to an artist about the shapes we see in clouds, and how far the resemblance to a centaur, wolf, etc., comes from the eye of the beholder rather than the clouds themselves. All very interesting. Then he adds, pointing to a nearby metal relief "in the Greek style": "Even if we drew one of these Indians with white chalk [...] he would seem black, for there would be his flat nose and stiff curly locks and prominent jaw".

Gombrich doesn't remark on this description, but doesn't it look awfully strange? Presumably Apollonius is standing somewhere in modern Pakistan or northwest India, given the Greek influence of the reliefs - i.e. within the bounds of the Seleucid empire. But by no stretch of my imagination at least are flat noses and stiff curly locks a feature of that population. (I'm not sure I've seen a prominent-jawed race anywhere, so I leave that aside.) Perhaps the most likely explanation is that Philostratus, inventing recording the story a couple of centuries after the event and being unfamiliar with the appearance of the inhabitants of India, has simply latched onto sub-Saharan Africans as the go-to exotic physiognomy. In Gombrich's terms, these define the schema he uses to describe - and perhaps to perceive - any unfamiliar race. Gombrich suggests that "What we read into these accidental [cloud] shapes depends on our capacity to recognize in them things or images we find stored in our minds." Ironically, he didn't find it worth mentioning the example just a little higher on the same page.
Collapse