Bristol was once wisely described as the city "where there's always something going on, but nothing ever happens". I was reminded of that when I saw the splash headline in today's Post: 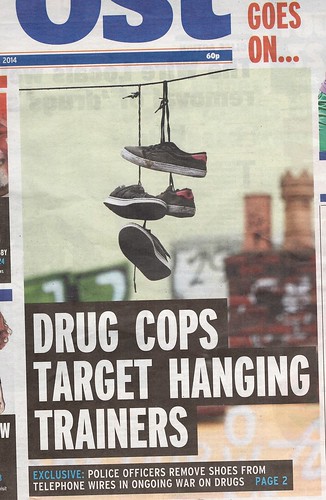 Of course I had to buy it - I've been wondering about all the trainers dangling from telephone wires round here for years. (Does every city have them? I don't know. [ETA: Google confirms that they're widespread.]) At first I thought of them as the remains of urban Poppinses, anti-Icarii who'd flown too low and met a grisly telephonic fate. Later, my children told me that they were gang boundary markers, or else places to mark dealers' houses, a pleasing theory if somehow implausible (if my children knew about it, would it really be opaque to the police?). There are certainly a lot of them about, anyway. Presumably, if the police have gone to the trouble of hiring a cherrypicker to remove them, though, they must know what they're for - right? 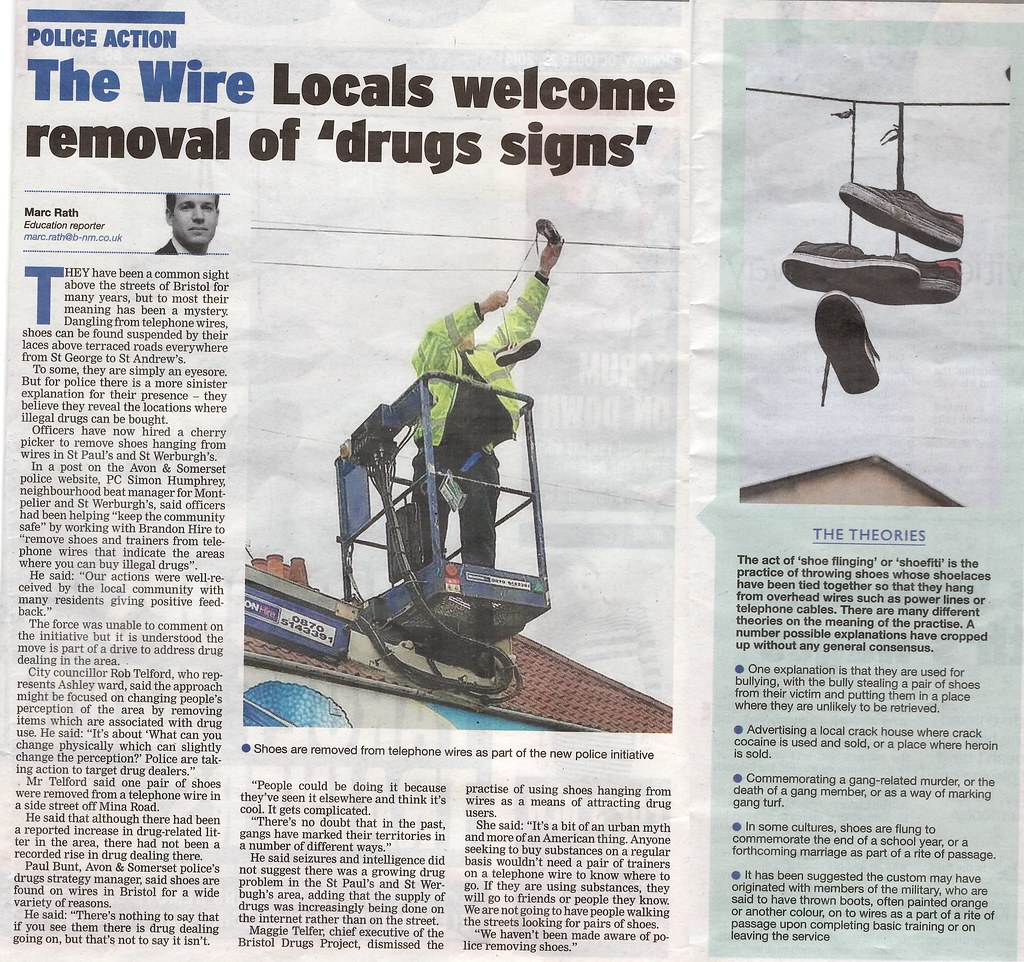 I particularly treasure this quotation from Avon and Somerset Police's Drugs Strategy Manager, which really has to be read in a Bristol accent to savour its full glory:

There's nothing to say that if you see them there is drug dealing going on, but that's not to say it isn't. People could be doing it because they've seen it elsewhere and think it's cool. It gets complicated.

Still on the subject of accents, I didn't spot any genuine Bristol ones in last week's Doctor Who, set (but not filmed?) in the city - with the possible exception of the policewoman, who at any rate gave it a good team try. Other members of the cast went for a sort of gruff generalized West Country, or (in the case of the young lad with "local knowledge") just reverted to the usual DW London default. It wasn't quite as bad as the 1987 Secret Garden, and a thousand times better than the Michael Caine Get Carter, but still, Bristol's only just over the Severn from Cardiff. Could they really not get any locals to play the parts?

My keynote from last month's Diana Wynne Jones confererence is now up as an article at Strange Horizons.
Collapse