A PhD progression viva took me to Worcester today. Though it's only just over an hour away I'd never visited before, so I took the opportunity to go to Claines, the hamlet to the north of the city where the Butlers lived until the early 18th century (and before that at least from the early 16th). I suppose I'd been hoping that they might have a grave or something of the kind remaining, but the outside graves from that era were all sandstone and illegible, and there were no Butler plaques on the inside. I guess they weren't quite big enough in the wig department to warrant one at that time. 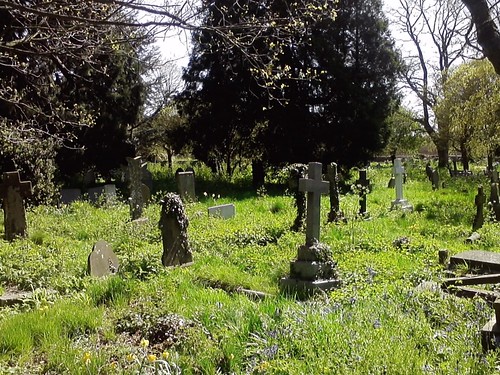 Still, I was pleased to have seen the place that gave my brother his middle name. The day was beautiful, there was a nice view of the Malvern Hills (I think?) from the village, and the church - though unspectacular - was fun to explore. 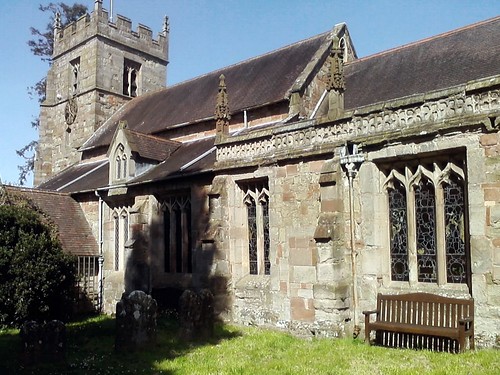 What charmed me more though is the fact that it's the only churchyard in England to have a pub inside it, and one moreover with the strange property that the closer you look at the upstairs window the more dogs appear to be sitting in it....

If you're wondering about the TV equipment, it's there because when I arrived the local news was making a feature about the Grand National winner, who it turns out was trained in Claines. Very few people visit who aren't locals, however, and when the reporter realised I wasn't from those parts she tried to interview me about how hard it was to find Claines, and oughtn't it to be better signposted or at least to have a sign saying "Welcome to Claines"? Apparently Satnavs believe that it's somewhere else entirely and are liable to land you in a ditch. I however had boringly used a map and found it with no problem, so I don't think I'll have been on Midlands Today after all.
Collapse