It was another beautiful day in Bristol. This afternoon, to fill the hour before Yume culture club, I walked to the Suspension Bridge. Possibly I'm not the first person who ever thought of taking photographs there, but what the hell - it seemed to invite it.

After, I went on to Yume, where following a short talk on the hinamatsuri festival and a video on preparing the chirazushi that traditionally goes with it, we sat down with the restaurant staff to a convivial (and delicious) meal of the same, accompanied by soup and sake. For some reason, at this point my crappy phone camera decided to start going out of focus. Still, isn't this a pretty dish to set before anyone? 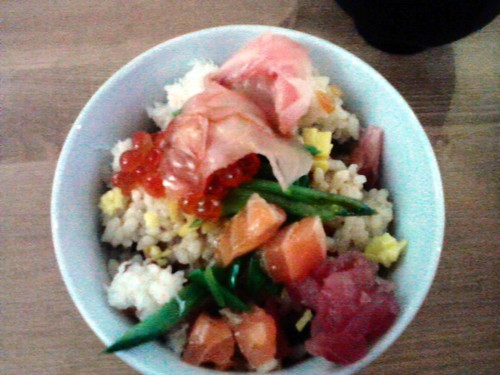 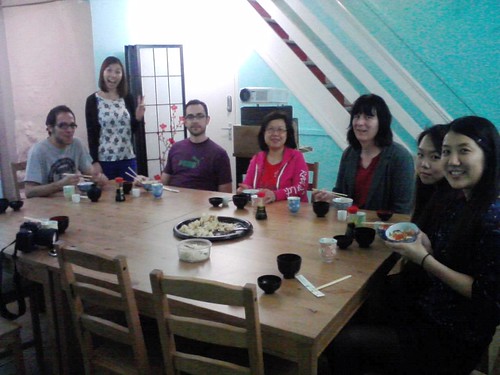 Just in case you're wondering why Steepholm, that notorious southpaw, is holding the chopsticks in her right hand it's because I read somewhere that it was normal practice even for lefties to eat this way, and by the time I was disabused of that notion I'd got in the habit. Besides, it seems a good brain exercise to get my right hand to learn something occasionally - it prevents petty jealousies between the cerebral hemispheres.

Afterwards, I should have gone to watch a Noh play in a cafe in Stokes Croft (as reported in yesterday's entry), but the bus was late, then later, so I had to settle for an evening in. Perhaps it's just as well - there's only so much excitement a body can take.
Collapse