I've been something of a stranger here the last few days - and feeling a bit fragile, in truth. As one witness thereof, as I drove past Cley Hill hillfort on my way to Romsey yesterday I was compelled to pull into a lay-by in order to weep for some children who had died on its slopes some two millennia and a few odd hundred years before. Is that normal? I don't know, though I'm sure that mortality is a joke in very bad taste. After twenty years, this is the passage from Herodotus that sticks with me most clearly:

And seeing all the Hellespont covered over with the ships, and all the shores and the plains of Abydus full of men, then Xerxes pronounced himself a happy man, and after that he fell to weeping. Artabanus his uncle therefore perceiving him [...] having observed that Xerxes wept, asked as follows: "O king, how far different from one another are the things which thou hast done now and a short while before now! for having pronounced thyself a happy man, thou art now shedding tears."

He said: "Yea, for after I had reckoned up, it came into my mind to feel pity at the thought how brief was the whole life of man, seeing that of these multitudes not one will be alive when a hundred years have gone by."

Artabanus then made answer and said: "To another evil more pitiful than this we are made subject in the course of our life; for in the period of life, short as it is, no man, either of these here or of others, is made by nature so happy, that there will not come to him many times, and not once only, the desire to be dead rather than to live."

Xerxes was a contemporary of my Cley Hill children, though they never met.

On the other hand, I went for woodland walk above the floods on the Test, where I was surprised to find myself on what is apparently known as a "Permissive Path", an appellation that pleased me. I took these two pictures of the same object within thirty seconds of each other, and was enchanted by the difference in light from lavender to Lincoln Green. 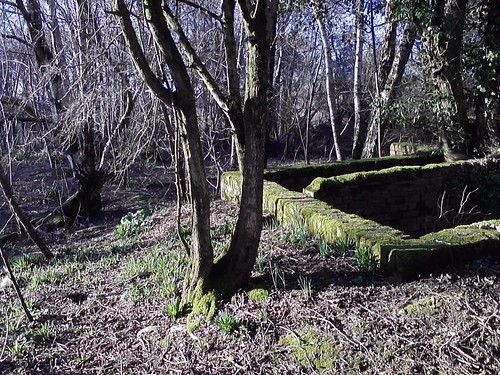 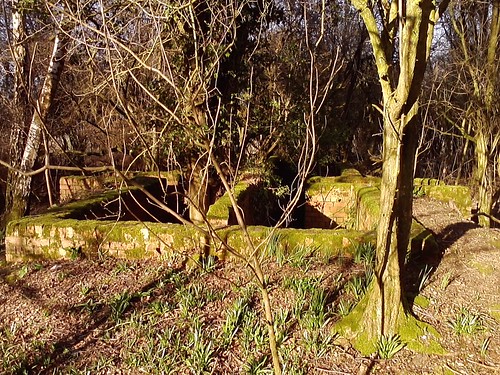 And in Iceland, it appears that a woman has joined a search party looking for herself. If that's not a good news story, what is?
Collapse