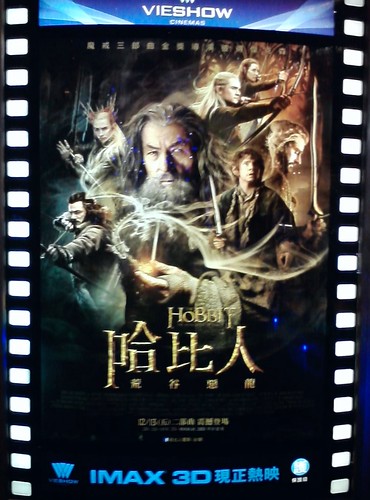 Actually I'm in Taichung, but that doesn't lend itself so well to puns. It was a long journey from Bristol, but I whiled it away by finishing Wuthering Heights, a book I'd not read since I was about 16. It made quite an impression on me at the time, to the extent that I found I remembered almost every scene - but my emotional response was quite different this time round. On the first occasion I think I was secretly rooting for Heathcliff throughout - not as a romantic figure but as a youngest "sibling" exercising his revenge on the whole pack of his oppressors. This time I just wished he'd get over himself: his narrow obsession was tiresome rather than sublime.

Anyway, a couple of hours before landing in Taipei I was given a landing card to fill in, which had a section asking me for my visa type and number. Reader, it had never occurred to me to apply for a visa, and I spent the last two hours of the flight fretting about whether I was going to be unceremoniously booted off the island before I'd properly set foot on it.

I needn't have worried. Taiwanese customs were a dream, visas unnecessary, queues non-existent, my hostess exemplary, my hotel sumptuous, my bed soft, and I knew no more until I awoke at 9 this morning.

Anyone fleeing to Taiwan in order to escape Christmas muzak and plastic Santas will be making a big mistake. Both are here in abundance, along with Mcdonald's and Starbucks, who are my hotel's next-door neighbours. You know how people in the West always think that a Chinese restaurant must be good if they see lots of Chinese people eating there? I wondered whether I could create the same effect in reverse by buying a Big Mac. ("She must know what she's doing - she's a Westerner!") I find this an unrealistic scenario, but I'm not sure why. At any rate, I didn't put it to the test.

The Taiwanese like to deal in big wads of cash. So far I've been given one wad to reimburse me for my plane ticket, and another (unexpected) as a gift for the talk I gave today. I remember my Japanese teacher telling me that the Japanese don't use credit cards as much as one might expect for such a gadget-happy nation, and I wonder whether it's the same here. There is certainly the same love of gadgetry, as this parable in today's news illustrates.

About one in five people wears a surgical mask - including our waitress this evening and several of the students in my talk. I thought at first this was about pollution, but apparently it has more to do with a wish not to spread (or catch) germs. This information makes retrospective sense of a multiingual announcement I heard on the escalator yesterday at Taipei station, which in addition to reminding us that we should should keep hold of the handrail added the dubious assurance that it was "periodically sterilized". I hadn't been thinking about handrails as havens of dirt until that moment, but you may rest assured that I promptly let go.

So far, so good, anyway. Everyone is amazingly friendly, the students all wanted their picture taken with me, and I feel valued above my worth (but not so far above as to be awkward). I also heard my first Westminster chimes to signal the start of a lesson: little did I ever dream that the lesson would be my own. Pictures will follow at some point: the one above is for