My mother sent me into town for whisky and beer. It was a wet Saturday morning, and I appear to have caught Romsey on the cusp of the transition from Remembrance Day to Christmas. On the one hand, a pretty nurse was selling poppies from a tray (well, he may have been a nurse): 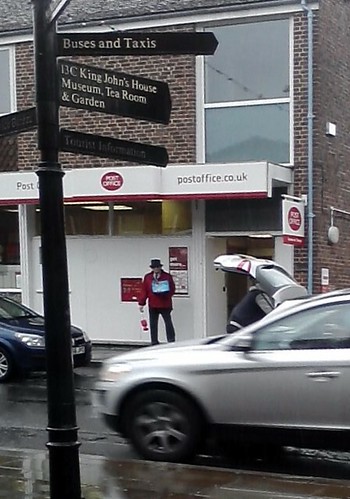 On the other, the burghers of a town that has always had a slight smack of Trumpton were living up to that reputation, busily getting ready for the festive season in various Trumptonish ways. (I like to think that in Trumpton they would have waited till December, though.) A group of firemen kneel intently over some tangled Christmas lights, while a colleague stands by his ladder, awaiting elevation. A shopkeeper carries a Christmas tree as tenderly as a kitten. In the Square, where Mrs Cobbit the florist has been evicted from her usual pitch by a tent, Lord Palmerston looks bemused, unwontedly overshadowed by scaffolding. 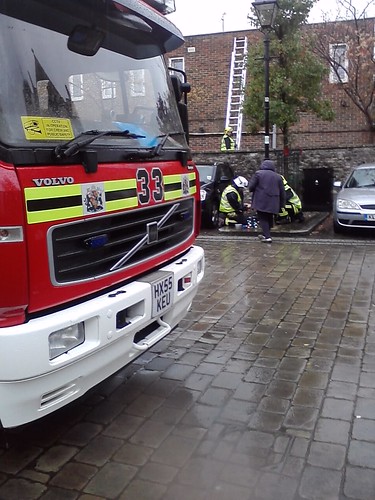 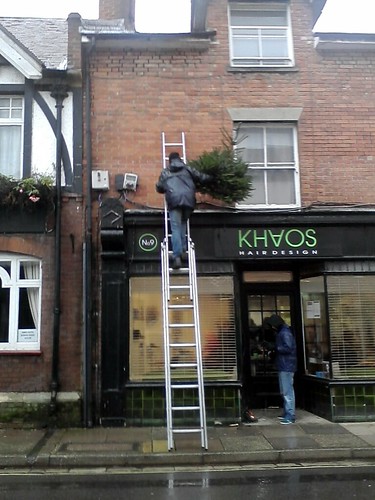 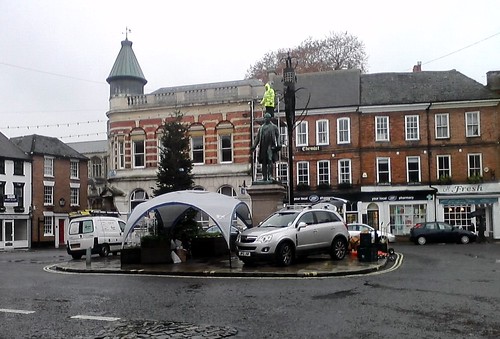 Then there's Moody's - as I still think of it. When I was little, this was a gun shop. (US readers, fear not - its customers were all farmers and gamekeepers who needed that kind of tool for their work, though Moody's eked out their income by selling tennis balls, amongst other outré items.) It's been through several incarnations since, and now doubles as Museum and tourist information centre, not least for the Abbey (which it faces) and King John's Hunting Lodge (which you can see behind it). 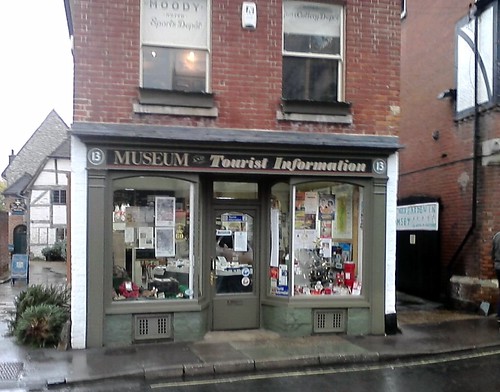 The cuspishness of the season is well illustrated in their window. On the left, a Remembrance day display; on the right, a Christmas one. Death and birth - I wonder if that's what they meant? Here's a closer peek at the Remembrance Day side: 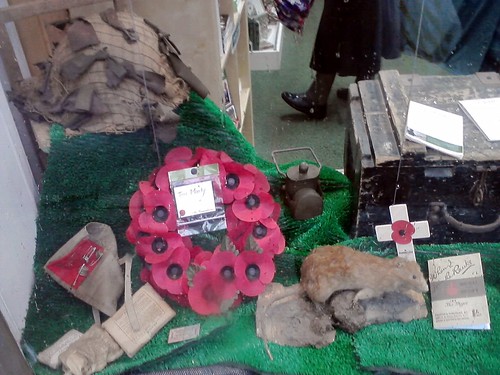 There've been Moodys in Romsey longer than there have been Starkadders at Cold Comfort. The "Tom Moody" commemorated here could come from any generation. World War One or Two, Korea - who knows? I had Moodys in my class: I suppose they'd have been the right age for the Falklands or Belfast. Maybe this Tom is younger still. I felt a bit depressed, standing in the rain and thinking of all the dead Moodys piling up. I almost went off to the Memorial Park to check the War Memorial and see if I could pin this one down. But then I remembered my mother and how I was only visiting for half a day, and thought, "Let the dead bury their dead." Rather a gruesome image there from the J-Man, but he had a point. Besides, I was starting to develop a case of trench foot. I turned and hurried home with the whisky.
Collapse