So, after my night at Susan Cooper's she drove me down to Cape Cod, where I set sail for Martha's Vineyard from Falmouth.

One thing I find disconcerting about New England is the way they rearrange English placenames. Presumably they were named by the first immigrants after the towns they came from, but I couldn't help superimposing the "real" Falmouth (and Dorchester, Winchester, etc etc) onto the Massachusetts versions, which made for some odd topologies. Anyway, that didn't prevent us from getting to the ferry on time, and I had 24 hours in Edgartown, visiting old friends. I hadn't been there for 20 years, and they kept warning me how much it had changed, but it really hadn't. What had happened was that several rich people had knocked down their white wooden town houses built in the style of the whaling era, and replaced them with slightly bigger (but otherwise identical) white wooden houses in the style of the whaling era. Anyway, here's a picture of Edgartown lighthouse, to prove I was there. 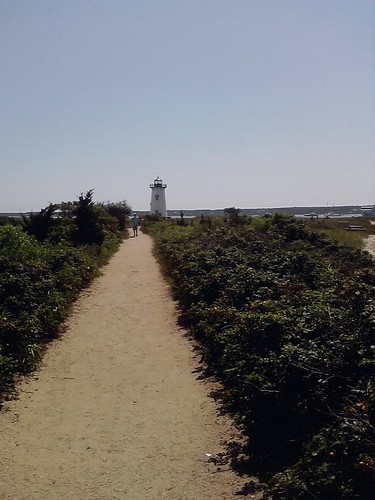 Back the following day to Boston, where I and my cases took the T to Harvard, to be greeted by

diceytillerman (whom I was meeting for the first time),

jadelennox's partner. Between them and in various combinations they gave me a really wonderful time over the next 24 hours, before waving me on my way back to Heathrow and thence Bristol.

All the travelling went remarkably smoothly, considering how many things I had to lose and connections to make, and the flustering heat in which it was all conducted. The only thing I mislaid was my watch, but even that turned up in due course, hiding (as is the way of these things) at the bottom of a pocket I had already searched on numerous occasions.

I didn't have much time or energy for touristy stuff, but thanks to my hosts I did sneak a peek into Harvard (which you may remember from such movies as Legally Blonde), get to a couple of great bookshops and visit Burdick's Chocolate House for a drop of the black stuff. I think of chocolate houses as being frequented by people like Defoe and Pepys, and sure enough when we bumped into

nineweaving there she did have a pamphlet about her person. It was really a very Restoration scene - except for the air conditioning, but that I was happy to overlook.

Other than that, I couldn't but notice that everything in Boston has a face - from the hauteur of the Harvard Lampoon building to the Munch-like despair of a Dunkin' Donuts coffee lid: 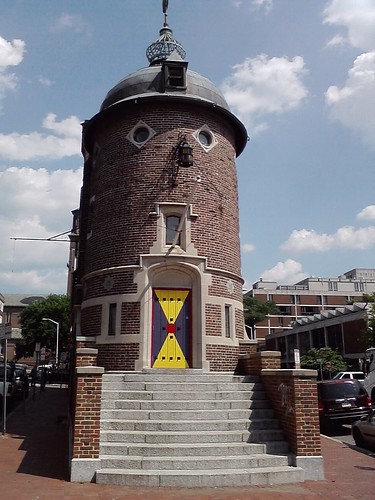 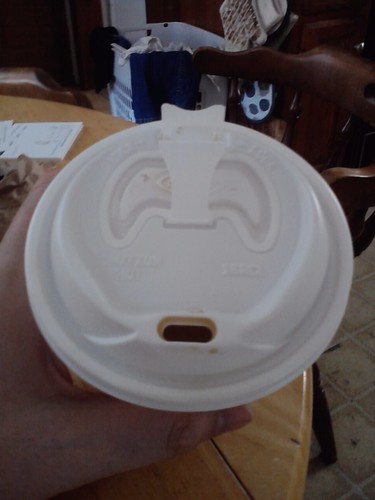 Or perhaps the heat was getting to me?