Having just read Crux Ansata, it was something of a relief to turn to Bernard Shaw's The Adventures of the Black Girl in her Search for God (1932), which I acquired at the same time. Both books were on my aunt Naomi's shelves, from which I was invited to help myself. 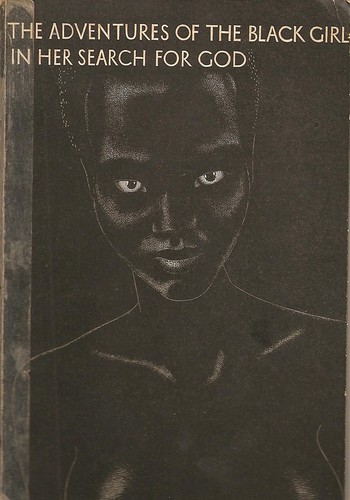 I'd never heard of this book before, but it's a very striking one, with handsome engravings by John Farleigh. I gather that this allegory (written during a brief sojourn in Africa) caused controversy when it was first published, not least for its use of a black woman as an active, intelligent, no-nonsense quester after truth, but mostly because of the interracial marriage with which it concludes (she ends up with an Irish gardener). Here she is laying about an Old Testament Nobodaddy with her trusty knobkerry: 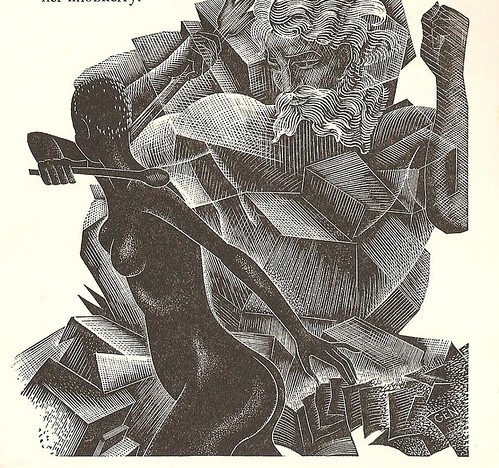 Anyway, it also struck me that Shaw's book, being an allegory in which a protagonist wanders a landscape littered with people offering their own answers (some historical or archetypal, some satirical takes on distinctively modern positions) to questions about God and the meaning of life, may possibly have had some bearing on C. S. Lewis's The Pilgrim's Regress, published the following year. Obviously, Lewis is mostly riffing on John Bunyan, but in tone he comes a lot closer to Shaw at times, although he is leading in a very different direction.
Collapse