I've just heard that Margaret Mahy has died. She was one of my writing heroines: in fact, it was reading The Changeover on a long train ride from Abereen to Bristol in 1991 that made the scales fall from my eyes in terms of my own writing. I finally saw that Garnerian lexical parsimony and concentration of effect was not the only way to go. Here was a writer who was prepared to chase images through the undergrowth and dig them from their holes, who was bountiful in her gifts because she knew that there was always more to come, who was perpetually tipsy on words but never let one fall except on purpose.

There was a time in the mid-eighties when she and Diana Wynne Jones were taking it in turns to write genre-defining masterpieces, but, like DWJ's, her career was a long and prolific one. From The Tricksters to The Pirates' Mixed-Up Voyage, she seemed inexhaustible. I'd just been gnashing my teeth because The Changeover has gone out of print (again!) and I've had to drop it from my course.

What kind of world is it where Twilight sells gazillions and The Changeover is allowed to languish? A fucking dystopia, that's what.

Well, here it is! The fruit of mine and

lady_schrapnell's labours - and pretty nifty it looks too, I think. It was officially published on the 20th, but I saw a copy only today. Even with the Amazon discount it's a little on the pricey side, I suppose, but if you have a local library, please think how naked it will look without a copy, and order one for decency's sake. 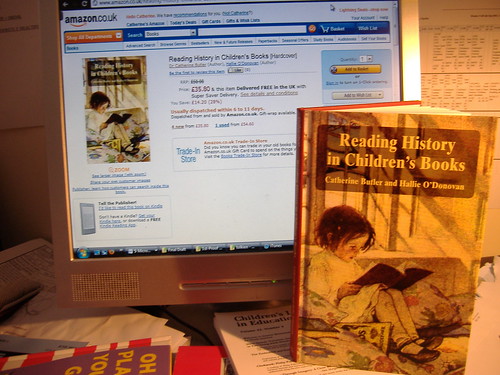 Thanks to all the LJ and Dreamwidth readers who helped with our various queries and maunderings along the way. You are acknowledged on the page, and (of course!) in our hearts.
Collapse