We are all familiar with this picture of President Obama and his close friends watching the crucial Champions League penalty shootout. Everyone is tense, but note particularly the strain on the face of Hillary Clinton, a lifelong Bayern Munich fan, as Didier Drogba strides up to take the decisive kick. 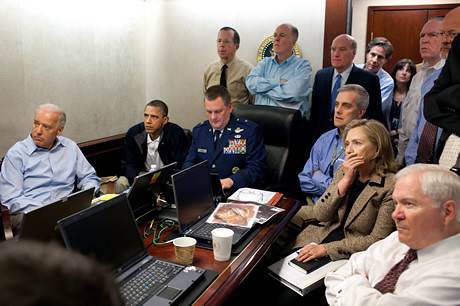 I couldn't help but be reminded of it this morning, when I came across this picture taken at the time of the assassination of Osama Bin Laden. There's Obama again, his mouth neutrally agape, while beside him Ordinary Dave punches the air as the leader of al-Qaeda is "taken down". Angela Merkel, meanwhile, grips the back of a chair, betraying her nervousness that the invasion of another country's sovereign territory to carry out an extra-judicial murder might just possibly breach some law or other. 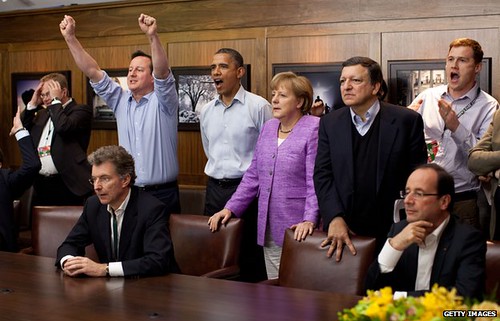 I don't say that two pictures constitute a genre. But I do suspect that Gil Scott-Heron and Baudrillard both had a point.
Collapse