Westminster was abuzz with excitement this evening as details emerged of Deputy Prime Minister Nick Clegg’s detailed proposals for a radical shake-up of the House of Lords.

In the reformed Upper House, seats formerly reserved for cronies will now be given over to hangers-on, timeservers will be purged in favour of jobsworths, and the section of the green benches previously earmarked for has-beens will be significantly reduced in favour of a new intake of toadies and hacks.

“This is the most thoroughgoing reform ever attempted,” declared a senior Government source. “I am confident that this sleek, modern Upper House will be fit for purpose well into the next millennium.”

The Reforms in Detail 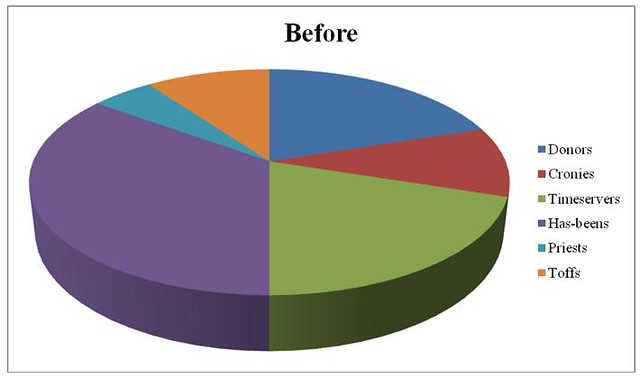 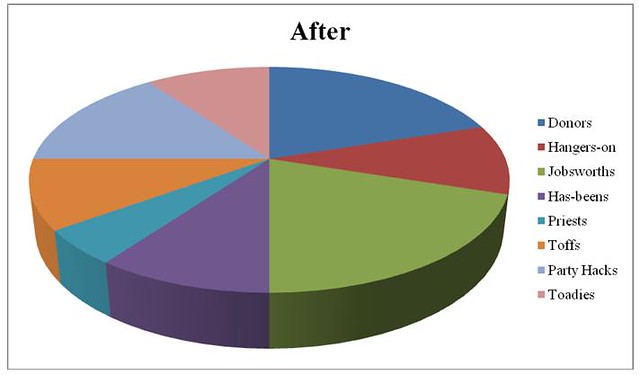