The past is a foreign country, but it's very handy for Bristol

sovay tipped me off about the Roman port excavations at Caerleon, which are finishing at the end of the month, so I wandered over the Severn Bridge to have a look. I always forget how close Wales actually is: it was 30 minutes from my front door to the Caerleon amphitheatre. Luckily I arrived just as a nice young archaeologist was beginning a guided tour of the dig, so I tagged along and took pics. Apparently this is only the second Roman port to be excavated in Britain, but it's much the grander affair of the two. Where London was a ramshackle timber-built trading port, Caerleon was the military gateway to Britannia, complete with prestige buildings and imposing frontage. They even discovered part of a monumental inscription - or what they think is a monumental inscription - reading not "Croeso i Gymru" but something to do with Augustus (the only word they actually found). The whole gubbins sits in a single field between the amphitheatre and the river Usk, which is invisible here behind a veil of bushes, though actually meandering all around the site: 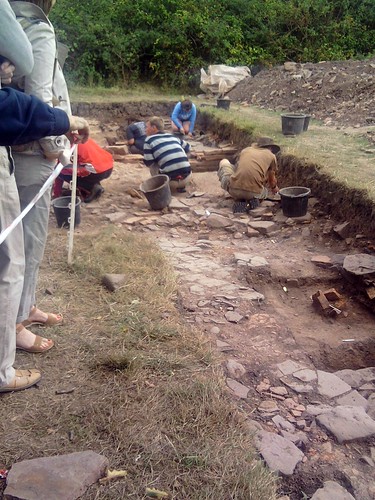 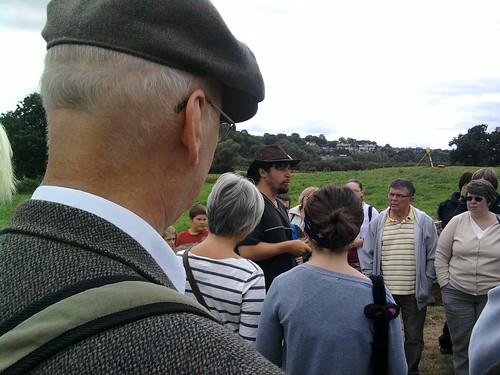 A high-pressure lead water pipe, in situ. This is rare, it seems. 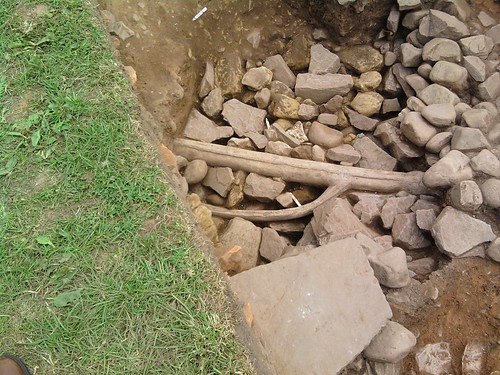 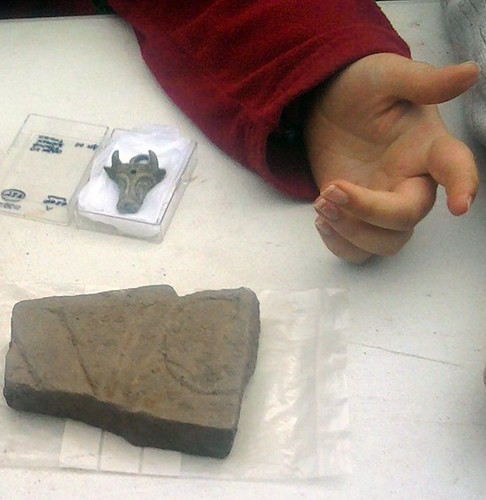 The Time Team trench. They were hoping to find a temple, apparently, but the ceramic (rather than stone) walls and lack of a floor have made people think "port authority offices", or maybe just "cowshed". Nice young archaeologist clearly wasn't a huge fan of Phil Harding... 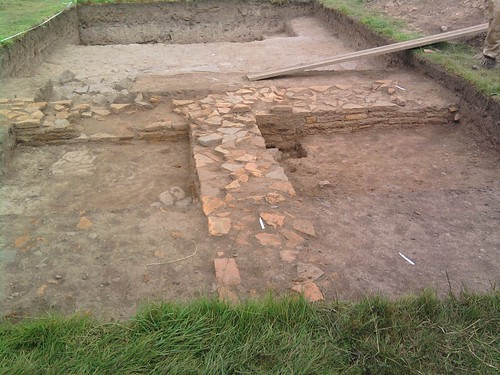 The port front, which tiered down to another (later?) piece of harbour: 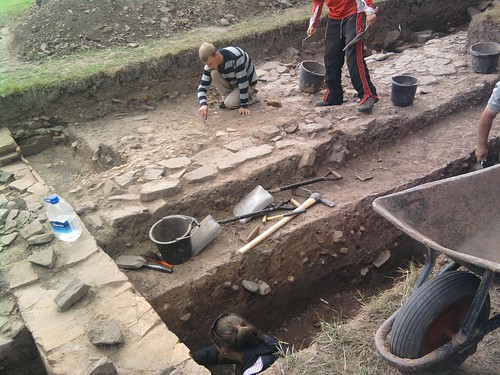 More photos at my Flickr site, for anyone interested - as is this fascinating picture of a pair of slugs leaving for work They have recently become my familiar friends: 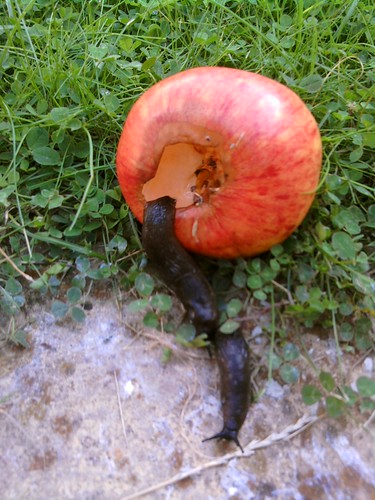